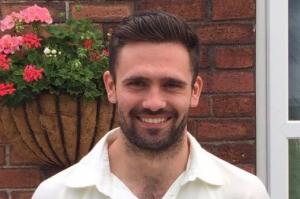 Lindow 1st XI travelled to Stockport on Saturday knowing the home side were in fine form, having won their previous five league games.

Despite the afternoon sunshine, the pitch was still damp from the previous day's downpours and after winning the toss, Lindow unsurprisingly elected to bowl first.

From here Alex Matthews led the way, bowling with complete control and taking career best figures of 7-18. Rana Rauf (2-8) and Sully Raja (1-2) took the other wickets as Stockport were blown away for just 48.

Lindow chased down the runs in the tenth over to seal a vital win, which sees them move back to the top of the table ahead of Saturday's crunch promotion match at home to third place Congleton.

Lindow 2nd XI worked tirelessly on Saturday morning to remove water from the pitch to ensure that their match against Stockport went ahead. What followed was an enthralling game of cricket with full credit to both sides.

The visitors were put in to bat and were bowled out for 142 with Graham Clinton (3-16) and Mike Bufton (3-20) the pick of the Lindow bowlers.

The Lindow reply was going to plan as the openers, Hassan Mahmood (28) and Charlie Hodge (16), reached 40-0. However, some good bowling and a run out pegged Lindow back to 58-3. Another excellent innings from Will Beckley (30) looked like it would be enough for Lindow but as he fell and others followed the game was agonisingly poised at 126-9.

With 17 runs needed from 17 balls and the last pair in it looked like Stockport would claim the victory, but 10 not out from both Mark Farrell and Graham Clinton saw Lindow home with four balls to spare. The win keeps Lindow top with just four games to go.

Lindow 4th XI were also involved in a thrilling game away at Elworth. The hosts batted first and scored 168-5 from their 40 overs with two wickets each for Liam Howarth and Joe Day.

In response some excellent middle order batting from Pete Hodge (33), Liam Howarth (34) and Rowan Day (31 not out) got Lindow close, but they eventually fell two runs short. A tough game to lose, but they also remain top with four games to go.

An exciting four weeks ahead for Lindow as all the club's men's teams and the Lindow Ladies team try to secure their respective promotions.