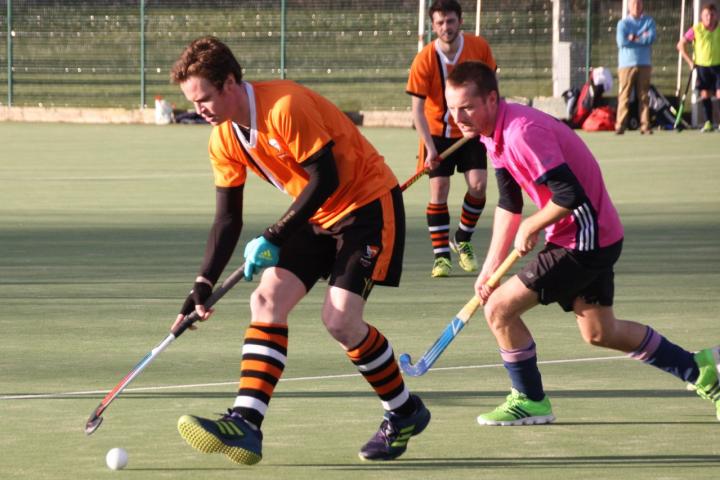 Wilmslow welcomed Neston to Oakwood Farm for the first team's penultimate home league game of the season.   Wilmslow started brightly and applied heavy pressure to the Neston goal. A slick passing move starting from deep in midfield led to Tom Davenport bundling the ball over the line from close range to give Wilmslow a deserved lead.  Wilmslow continued to dominate possession, although couldn't find the cutting edge in the D to add to their goal. Pete Hallinan scooped one ball expertly over the keepers head only for a defenders stick to tip it over the bar.

Neston posed a threat on the counter attack and Andy Hunt and Bas Steffens had to act sharply under pressure to protect Wilmslow's lead. The score remained 1-0 at half time.   Neston started the second half on the front foot and levelled the scores after Wilmslow struggled to clear the ball. Neston doubled their tally from a short corner shortly after to make the score 2-1.

Wilmslow focused on increasing their ball speed and playing with purpose around the opposition D, and won a penalty stroke when Pete Hallinan was taken out by the goalkeeper. Matt Westbrook kept his cool to score his 3rd stroke in the last 4 games and level the scores. Wilmslow kept the pressure on and took the lead with only 5 minutes to go when Steffens stepped up to hit the top corner with a drag flick to put Wilmslow back in front.  Wilmslow managed to see out the final 5 minutes for another important win which moves the tangerines up to the comfort of fifth place in the table. The next game for Wilmslow is away to top of the table Lindum in a clash of the league's two form sides.

Mens 3rds had a hard match against Whitchurch 1st in Shropshire which resulted in a 2-2 draw. Fortunately other results went Wilmslow's way and the 3rds have been the first team to secure promotion this season. Top Cheshire club, Bowdon's 7th and 8th strings provided the opposition for Wilmslow's 4th and 5th teams. This resulted in a goal fest for the Tangerines with the 4ths winning 11-2 and the 5ths, 7-0.

Wilmslow Ladies 1sts had a comfortable away 4-0 away win against Umston 1sts and remain unbeaten for the season. With a game in hand they have a slight advantage over Deeside Ramblers in the two-horse race for the championship.