Appeal for witnesses of crash that killed 70-year-old motorcyclist 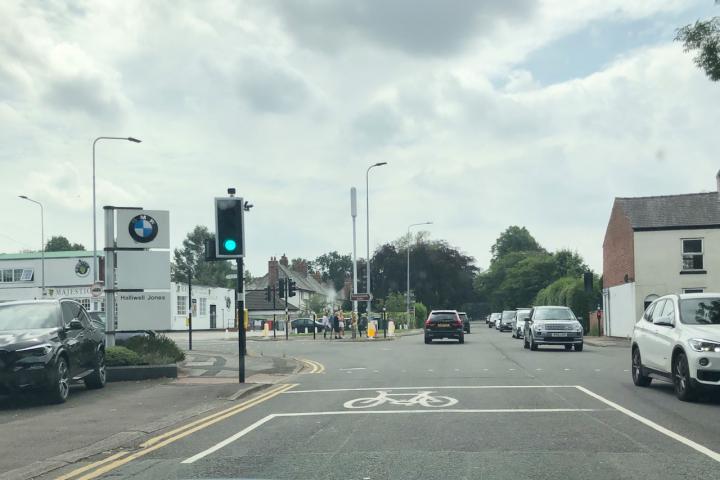 Officers are continuing to appeal for information following a fatal collision in Wilmslow.

At 9.35pm on Monday 26th July officers were called to the junction of Manchester Road and Dean Row Road following reports of a collision involving a black Indian Scout Bobber motorcycle and a silver Vauxhall Astra.

Sadly, the motorcyclist, a 70-year-old man from Wilmslow, died at the scene.

His next of kin have been informed and are being supported by specialist officers.

A 35-year-old woman from Manchester has been arrested on suspicion of causing death by dangerous driving.

She has since been released under investigation pending further enquiries.

Police are now appealing to the driver of a small silver car who was driving in front of the motorcycle and the driver of a black 4x4 type vehicle who was travelling behind.

It is believed that they may have seen the Vauxhall Astra or motorcycle before the collision.

Anyone with information or dashcam footage is asked to call Cheshire Police on 101 quoting IML 1047310 or report it via https://www.cheshire.police.uk/ro/report