Hockey: Wilmslow come from behind to beat Lytham 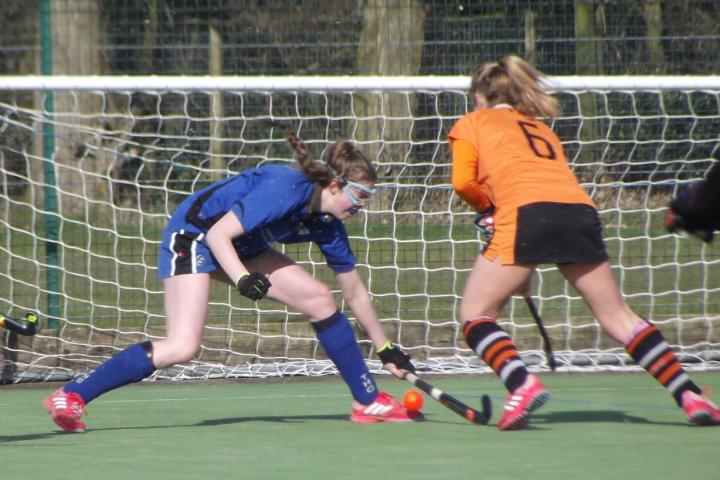 This game was a mid-table clash where a win for Lytham would see them extend their lead over Wilmslow. Lytham started the brighter side and scored the opening goal within the first 3 minutes. The Wilmslow defence were caught napping and a Lytham player found themselves unmarked outside the D. A clever carry and selfless assist saw their striker slot home past a helpless Lang. This worked to spur the orangetops on and they began to press. Poor tactical awareness by the visiting side saw Wilmslow continually catching their backline out with deceptive line balls. A short time later, good link up play between the attacking unit saw the awarding of a penalty corner. Danni Cooper stepped up and powerfully fired the ball beyond the reach of the keeper and the Lytham player on the line to level the score.

An excellently placed pass from half back Hannah Kelman found South African Carla Botha, the highest forward, who squared it to her returning strike partner Lindsay Rachubka who accurately lifted the ball over the onrushing keeper to give the home side the lead heading into the half time break.

Wilmslow started the second half much better than they started the first and their ability to free up players in the attacking third was causing real issue for Lytham's backline. Emilie Kelman came close when her reverse fired across the face of the goal without a touch. Both sides continued to come close to scoring on multiple occasions. Man of the match Molly Wortley was a particular stand out in a disciplined and confident performance by Wilmslow.

Whilst the clock was running down, Lytham pressed in the hope of finding an equaliser in the remaining time left. This was in vain as a delightfully floated pass down the line found Rachubka who, in the remaining seconds, rounded the keeper and ensured Wilmslow secured all 3 points and a revenge win over Lytham.

Their final two games of the team season see the girls travel to Morpeth and host Harrogate; teams who are above them in the table.

Elsewhere, on a good day for Wilmslow Ladies, the 2s had a comfortable 4-0 away win against Crewe 2s and the 3s drew 3-3 with Oxton 2s.

The 4s were back to their best with a 4-0 win away to Lymm 4s but the 5s recorded the ladies only defeat going down 1-3 to Bowdon7s.

Wilmslow mens 1s suffered a hangover after last weeks promotion celebrations with a below par performance in Sheffield.

Sheffield Hallam took the lead from a short corner early on. Wilmslow drew level when Pete Hallinan finished calmly at the back post. Hallam retook their lead after a defensive mix up at the back for Wilmslow and went two goals ahead when lax marking allowed a Hallam forward a simple finish from the middle of the D.

Wilmslow reduced the deficit when Joe Booth skilfully took an aerial pass over his shoulder and drove a shot into the bottom corner. Wilmslow at last began to get into their stride when a Martin Wright drag flick which went in off the inside of the post to level the scores before half time.

The second half followed the first when the tangerines were caught cold in the early minutes and the home side regained the lead with a well-worked short corner. Then after a swift counter attack they doubled their advantage to take the score to 5-3.

Wilmslow scored a late consolation goal through Joe Booth but couldn't find the equaliser in the last minutes.

Wilmslow 2s suffered a 2-5 defeat by Lancaster University 1s but the 3s managed a 3-0 victory away to Deeside 4s which puts them in a safe place in mid table.

The 4s continued their progress up the table with a 3-1 win against Knutsford 3s. The 5s looked on track for a share of the points at 2-2 but a late goalkeeper sending off let in Leigh 2s to win 3-2.