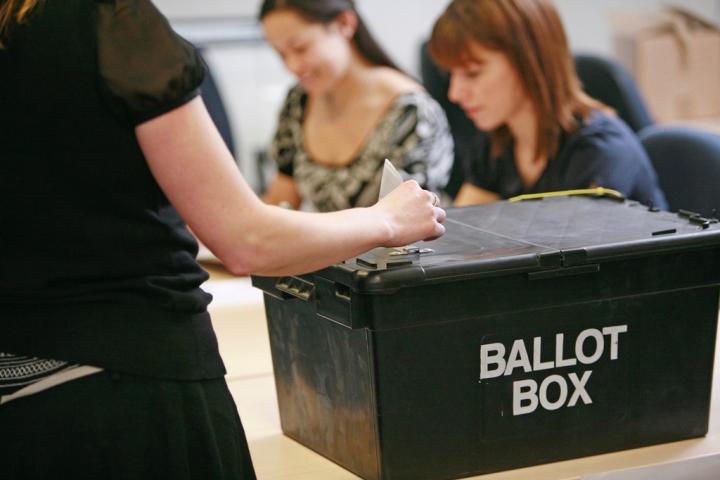 I was verbally abused outside a polling station today. I wondered if the following would be suitable as a Reader's Letter.

Today, like millions of others, I exercised my democratic right by placing a cross in a box alongside the name of my chosen candidate. The polling station was, as always, calm and quiet, with efficient staff looking after everyone.

As I came out I saw two ladies walking down the middle of the road waving their voting cards, clearly lost. I went up to them and pointed out the polling station. A man in a pork pie hat came right up to me and said, quite aggressively, "you should have asked them who they were voting for before pointing out the polling station." I replied that I am a democrat and therefore respect everyone's right to vote whether I agree with them or not. At this point the gentleman became very angry and pointed in my face saying "it's you! It's you that's stopping us leaving!". "No, I reply, I didn't say I am a Liberal Democrat, I said nothing about any party affiliation, or how I voted in the referendum, I said I am a democrat."

He then proceeded to try to explain to me that the Americans have a Democratic Party, we don't, so anyone who calls themselves a democrat in the UK is a Liberal Democrat. I tried to explain back that the Greeks founded the concept of the democracy upon which we have depended for our government since the Magna Carta and therefore we are all democrats whatever we vote.... and that after this toxic election we all need to learn to tolerate the views of others...but this man was so convinced about the way I had voted and so angry that it was obvious the conversation could not continue.

What on Earth has happened to political discourse in this country? How can we heal our community when people take it upon themselves to shout at others simply because they think they know how we voted? Whatever the outcome of this election I hope that the successful candidate in Tatton will work to heal division in our community. We are only on this planet for a short while and wasting time on confected anger is unpleasant and pointless.

I did report the incident to the polling station and was glad to find three lovely friends there (and the fantastic staff) for much needed support.

I am glad to say the two ladies made it to the polling station and I am glad they voted, wherever they put their cross.

Florence Collier
How awful! I'm so sorry you suffered that today Pippa. Well done for standing up, it takes real guts.

Damian Carr
I'm sorry you had to suffer this incident, Brexit & some less savoury politicians have intentionally stirred up a lot of hate & anger which will take a long time to disperse.

But I'm encouraged that there are people as eloquent & intelligent as you that are prepared to try & engage in that way.

Sally Hoare
This election just seems to have brought out the nastiness in people. I was appalled this morning by the number of Nasty comments and name calling on social media. None of it from anyone I knew but on closer inspection all from theConservative party. I was utterly shocked as it seemed to be trying to brainwash me like a cult. I am really quite shocked by it all.

Sadly not shocked by the behaviour of people, whether they be politicians, media (journalists/pundits), or the general public.

Mark Norman
Pippa, have you considered reporting the incident as antisocial behaviour? Even if you don’t want to pursue it further from a personal point of view, it would help anyone who is trying to compile statistics about the subject. Cheshire East Council give some advice on their website:

Simon Worthington
Man in a pork pie hat!!!!!
All the nastiness come from the conservative party!!!!
Alices in Wonderlands