Hockey: Wilmslow top of the league with another solid performance 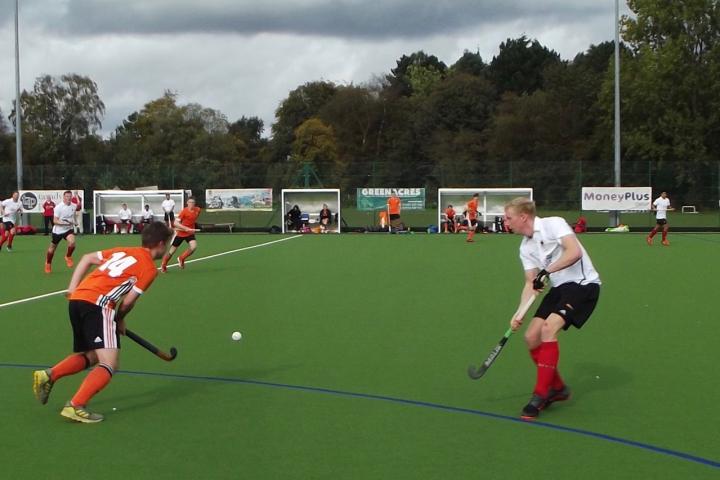 Wilmslow Men's hockey club first team beat Stockton in a see-saw encounter at Oakwood Farm to keep up their 100% record in North Division One.

Stockton took advantage of some lax marking to score on the counter and take a 1-0 lead. Wilmslow began to dominate possession and levelled the score when Andy Hunt deflected the ball in from a short corner. Wilmslow had further opportunities to take the lead but were not clinical in the circle and the score remained 1-1 at half time.

Wilmslow started the second half strongly and took the lead when Tom Davenport's shot looped over the Stockton keeper. Jack Wright extended the lead shortly after when he took advantage of chaos in the Stockton defence to slide the ball into an open goal from a tight angle.

Stockton were offered a lifeline when they were awarded a dubious penalty stroke, which Simon Pickering couldn't save in the Wilmslow goal. Stockton levelled the scores when they won possession high in the Wilmslow half and scored from the top of the circle.

Man of the Match Pickering made 3 smart saves from Stockton corners which kept Wilmslow level. The men in orange slowly started to reassert their dominance and with 5 minutes left on the clock Martin Wright slung a flick low into the corner of the Stockton goal from a short corner to give Wilmslow the lead again. Wright repeated the trick 2 minutes later to give Wilmslow a 5-3 victory as they continued their winning streak.

Mens 2nd had another disappointing result losing 2-4 to high-flying Macclesfield 1st Mens 3rd secured their first point following their hattrick of promotions with a 1-1 draw against a well-organised Winnington Park 2nd.

Mens 4th left it late in the game to grab all three points beating Crewe 3rd 1-0.

Mens 5th ageing defence were a little exposed and lost 1-6 to Macclesfield 4th.

Ladies 1st got used to winning most games in North West Division but now in the North Div they are meeting their match. Yesterday was another very close game up in Cumbria but the Ladies lost by the odd goal in seven late on in the match.

Meanwhile at home Ladies 2nd met their great rivals Runcorn 1st in the usual physical battle and although they dominated the game Runcorn scored from a breakaway in the final couple of minutes. Ladies 3rd had a good result, 1-1 away, being the first team to take points off Timperley 3rd.

The 4th Team's great start to the season was halted by a 2-3 defeat by Golborne 2nd and the 5th lost 3-5 to Alderley 7th.