Over 120 jobs saved as plans for new car dealership approved 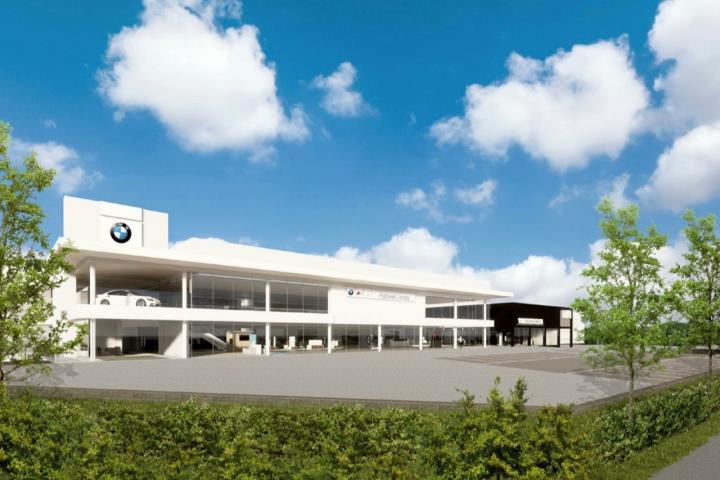 Over local 120 jobs have been saved as revised plans for a new car dealership with a showroom at Coppice Way in Handforth were approved by the Strategic Planning Board this week.

Halliwell Jones have been granted planning permission to build a modern three-storey car showroom on a vacant site adjacent to Handforth Dean retail park, which will enable them to create a combined BMW & MINI dealership, along with a servicing and MOT centre.

The new dealership will enable Halliwell Jones to consolidate their sales, servicing and repair activities, which are currently split across three local sites at the corner of Manchester Road and Dean Row Road, Summerfield Village Centre and the Brooke Park employment area off Lower Meadow Road.

Members of the Strategic Planning Board unanimously approved the plans on Wednesdsay, 26th June, which the company says will secure 127 existing jobs and create approximately 45 new permanent ones.

Halliwell Jones were refused planning permission for a modern car showroom on the vacant 2.43 hectares site by the Strategic Planning Board in August 2018 for the following six reasons: loss of employment land; loss of open space; out of character with site context; harm to the setting of a listed building; insufficient arboricultural information and ecological impacts.

The planning officer recommended the revised plans for approval stating that "The majority of these reasons have been addressed within this resubmission."

Cllr Dave Jefferay, who represents the Wilmslow East Ward and is a member of the Strategic Planning Board said "It was a high quality application and we were pleased to be able to safeguard a significant number of jobs. Councillor Burkhill raised concerns by residents, in particular the noise that would be generated and the effect on Handforth Hall, but the applicant was able satisfy us that the impact would be minimal.

"There was one outstanding issue regarding environmental mitigation which, to give certainty to the employees, we agreed to delegate back to the officer rather than defer the decision to the next meeting."

Deleted Account
And of course there's a question on everybody's lips isn't there?

" This time, will the new Independent Cheshire East councillors be able to save Summerfields residents from another inappropriately large development on the current Mini site "

Let's hope so - because once it's up - it's up. Welcome contrast to all the surrounding brick and tile (or not...)

Jean Berman
OMG are Cheshire going to sell us off down the line again like they did with the new Lidl monstrosity they allowed ? What the hell will they allow this time. Let’s hope the new regime will be more sympathetic to the residents on Summerfield both sides of the road

Jon Williams
I wonder if the Mini showroom and garage is big enough for a ALDI ?

Diana Jennings
What about turning it in to a gym!?
Seriously though the closure of this will allow genuine customers to park easier than now as it's full of BMWs and Minis.

Rick Andrews
Just a guess, but expect houses/ flats at the bmw site, and another car dealership at the mini site, or maybe a drive through fast food franchise. ( or we could wish for an organic food store). The positive side is that a prestige car dealership will still be in CEC - paying business rates and employing 150+ people. Overall a win.

John Harries
Jobs 'saved', possibly but one has to wonder about the rosy future of BMW once we leave the EEC and the diesel hit bites the German manufacturers balance sheets but that's another story?
New restrictions on the Tesco (appears from signage that M&S are Tesco tenants as far as the car park is concerned) will prevent excessive use by Halliwell Jones/their clientele so it comes down to the development itself: even more use/traffic density of the Handforth Dean service roads (and the A34), Handforth Hall will certaily be 'affected' - a 3 story white monolith aspect from your back windows is a somewhat stark contrast to what formerly was a heavily wooded natural area - anyway, it's already the meat in a developers sandwich isn't it, now the new 'village' is on the rise!!
Long term Handforth Dean is going to look like so many other 'out of town' shopping experiences', adjacent to an arterial road network getting progressively more congested with residential and vehicular overload - just take a look at DroylsdenAudenshaw/Ashton-u-Lyne J23 on the M60 next time you make a trip to IKEA. By that time Wilmslow centre is going to be bereft of shops so it could all eventually be redeveloped into a pedestrian piazza with mixed level residential havens meandering between water features and cycleways....