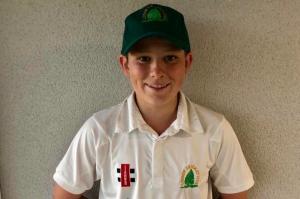 Lindow 1st XI travelled to bottom club Northwich looking to extend their lead at the top. Having won the toss and elected to bat first things were going to plan as openers Atiq Uz-Zaman (17) and Rob Herriott (29) took the score to 40-0. However, from here only Tim Affleck (18) and Matt Barnes (15) reached double figures as Lindow were bowled out for a disappointing 108.

In response the Lindow opening bowlers, Saleem Akram (2-4) and Alex Matthews (1-11) bowled well but at 68-5 the home side were clear favourites to cause a major upset. Enter Rana Rauf (4-27) and Tim Affleck (3 wickets for no runs) who inspired Lindow to finish off Northwich for 72 all out. The win keeps Lindow top, but they know a better performance is needed on Saturday as they host second placed Warrington at Upcast Lane for what should be a thrilling top of the table clash.

Lindow 2nd XI hosted Neston and having won the toss put the visitors into bat. A good all round performance in the field saw Neston dismissed for 161 with three wickets each for Mark Farrell, Rowan Day and Mike Bufton.

In response Lindow just didn't quite have enough to get over the line. Thirties from Ian Park, Ateeb Mehmood and Henry James got them close, but with no-one else scoring over 11, Lindow fell 18 short at 143 all out. They drop to third in the table but will look to climb back into the promotion places away at Widnes on Saturday.

Saturday was a frustrating day for the 3rd XI as they were dismissed for 112 at table toppers Cheadle Hulme Ladybridge, with only Matt Ramsden (30), Hassan Mahmood (27) and David Kendrick (20) getting a score of note. The hosts won by five wickets with Will Espley (2-19) the pick of the Lindow bowlers.

The 3rd XI then put things right on Tuesday night by booking their place in the Quarter-Finals of the T20 Cup. Having set 135-7, Bredbury St Marks 2nd XI needed seven off the last over for victory. Up stepped Paul Wilson (4-32) to take three wickets in the over, giving Lindow a thrilling five run victory.

The Lindow batting performance of the weekend happened on Sunday as the 4th XI visited Cheadle Hulme Ladybridge. Having been asked to bat first, Lindow posted 207-6 thanks largely to an excellent 72 not out from club junior Charlie Hodge. The 4th XI then dismissed their hosts for 108, Tom Orr the pick of the bowlers with 3-26.

Photo: Charlie Hodge 72 not out.