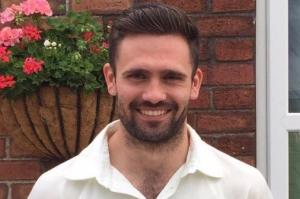 Lindow 1st XI travelled to Alvanley full of confidence after three straight wins in the league and causing an upset on Thursday night by beating Bramhall in the T20 cup.

Lindow again elected to bat first and despite 23 from Atiq Uz-Zaman and 25 from Major Khan, the game was in the balance at 100-5. From here, superb batting from Tim Affleck (70 not out) and captain Alex Matthews (60 not out) took the game away from the hosts and saw Lindow close on 201-5.

The second half was one of frustration as Alvanley never attempted to win the game and were content to settle for the draw. The Lindow bowlers persevered and all took wickets, but Alvanley's stubborn resistance earned them a draw, finishing on 131-9. Lindow were frustrated at the result, but take heart from another excellent performance, which sees them end the week top of the table.

Lindow 2nd XI hosted Alvanley at Upcast Lane looking to make it three league wins in a row. After winning the toss they set about this task in impressive fashion. Electing to field first and dismissing the visitors for just 85 with three wickets for Will Beckley and two each for Rob Venables and Tom Orr.

Lindow captain Ian Park led the response with 62 not out, well supported by Charlie Hodge (20). The win sees Lindow 2nd XI also climb to the top of the table.

The Lindow response started well with Hassan Mahmood reaching 46, but the target proved too high with Lindow ending 146-9.

On Sunday Lindow 4th XI hosted Sale at the club's Wilmslow Phoenix ground. The visitors were bowled out for 155 with Paul Wilson claiming 3-24 off 10 overs. In response Sale were blown away by an unbeaten 107 run partnership between Matt Hoyle and Charlie Hodge (25). Hoyle's unbeaten 97 coming from just 71 balls and containing twenty boundaries. The win leaves the 4th XI joint top after winning both their league matches so far.