Souperday raises over £1200 for Wilmslow charity 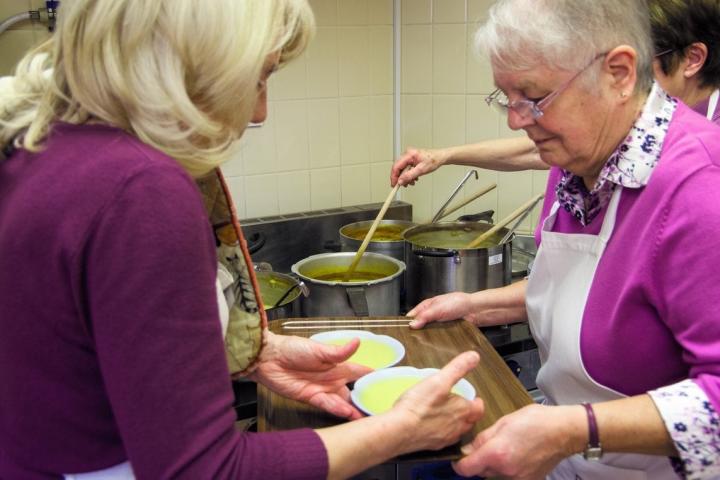 The ever popular event raised an impressive £1,251 for the charity which aims to improve life in drought-stricken areas of Africa by providing wells, pumps, dams and water collection equipment.

Jenny Gibbs, Chair of Wilmslow Wells said "It was a very busy Souperday, that was very well supported. It amazes how these sums are raised but each stall adds greatly to the monies that come in.

"The figure is a testament to our supporters and to the volunteers who worked so hard on the day. Recently we held a Trustees meeting and we were very pleased to approve eight new projects and we look forward to approving more at our next meeting in January. We would like to thank all who make this possible."

Wilmslow Wells for Africa has raised £1,223,740 since they were formed in 1984. The organisation is operated entirely by volunteers and they keep administration costs to a minimum, enabling them to spend 99.2% of everything they raise directly on projects to provide clean water.