Council calls for ban on alcohol advertising on TV before 9pm 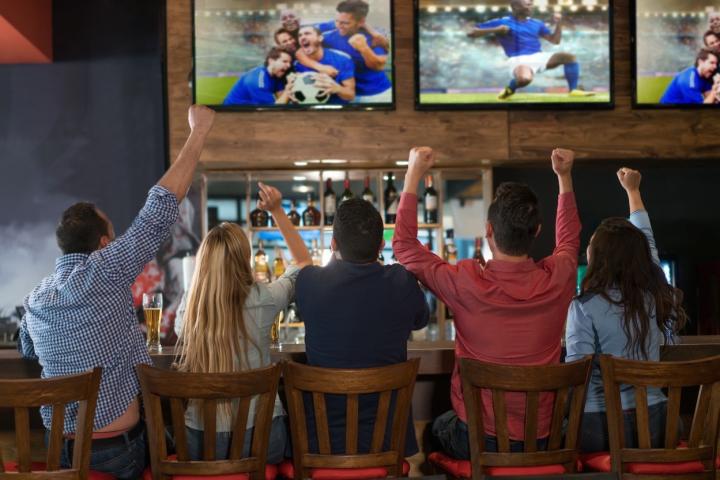 Cheshire East Council has called on the government to restrict alcohol advertising on TV.

The authority's cabinet has called for a 9pm watershed for such adverts in order 'to protect children and young people from the influence of alcohol advertising'.

The cabinet also restated its call for a minimum-pricing strategy to be introduced as part of measures to help reduce drink-related harm in our communities. The council is to work with other authorities in Cheshire and Merseyside to lobby government on this issue.

Cabinet endorsed council proposals to reduce alcohol consumption via a range of early intervention and prevention activity as part of the Cheshire and Merseyside Sustainability and Transformation Partnership.

Yesterday's moves follow Cheshire East spearheading the launch last week of an initiative to reduce drunkenness across the borough. The 'Drink Less, Enjoy More' campaign is primarily aimed at young people aged 18-30 and warns they risk having their night out cut short as bar staff may refuse to serve them – or ending up in casualty or a police cell.

Councillor Liz Wardlaw, cabinet member for health said: "We need to protect people – especially our children and young people – from being bombarded with images of alcohol consumption and from easy access to cheap drink promoted by stores.

"Alcohol misuse costs Cheshire East public services more than £136m a year – which is £369 for every man, woman and child living in our borough. And it's not just the financial cost: alcohol misuse has devastating effects on individuals, their families, friends and local communities. It is a national problem – and it needs action.

"It is clear that self-regulation by the drinks industry is not working and we need government intervention to protect our children from harmful exposure to alcohol marketing. We know this advertising contains content and messages that appeal to children and that, due to exposure to this, children drink more and start drinking at an earlier age.

"There is also a clear link between price and the consumption of alcohol – this is why this council feels that the introduction of a minimum-pricing strategy can form a key part of wider plans to tackle the diverse problems caused by alcohol misuse.

"A great deal of work is being done with our health and wellbeing colleagues across the North West, and we think coordinated action is the right and most effective approach."

Under proposals backed by cabinet on Tuesday, 10th October, – which follow a notice of motion moved by councillors Sam Corcoran and Dorothy Flude in July – the council is to write to ministers to urge the government to impose a 9pm watershed for alcohol advertising on TV.

Simon Worthington
Perhaps the council could also waste their time requesting that gambling advertising is also restricted. Better use of our cash and their time is in order.

Philip Lloyd
Pathetic- can’t run a council - stay out of our lives - it’s not you remit - honesty and integrity would be a start !!!!

Pete Taylor
Things really do seem to be spinning out of control at CEC, with two Tory Councillors now reportedly calling in the Police about “hate-mail” from other Toriy Councillors, because they spoke out against Party decisions.

A pity the Wilmslow Four did not show such backbone when voting to remove our Green Belt land from protected status.

Simon Worthington
Having reread this report about our self important representatives I spotted the clever mislead. "Alcohol misuse costs Cheshire East public services more than £136m a year".
This implies it costs the council which mainly it doesn't!! Perhaps these trumpet blowers should also ask what is the alcohol derved income for the council and the government. Many times the sum of £136M. This is not to condone the abuse of alcohol but until the council and government find another way to drain our pockets alcohol tax receipts require consumption. Stop wasting our time and concentrate on doing the job you were elected to do.

Jonathan Follows
The Institute of Economic Affairs concluded in 2015 that "the net cost of alcohol to the state is minus £6.5 billion pounds, which is to say that drinkers subsidise non-drinkers to the order of £6.5 billion pounds a year." They estimate that the direct costs of alcohol to government in England to be £3.9 billion whereas revenues from alcohol taxation amount to £10.4 billion.

I agree with the previous comments that this isn't something that CEC should be doing, stop interfering and peddling nonsense and get on with doing the job you're supposed to be doing instead.

Kathryn Blackburn
Bit stable door isn't it CEC. Why grant so many alcohol serving licenses if you don't like the consequences ? Ball in your court.