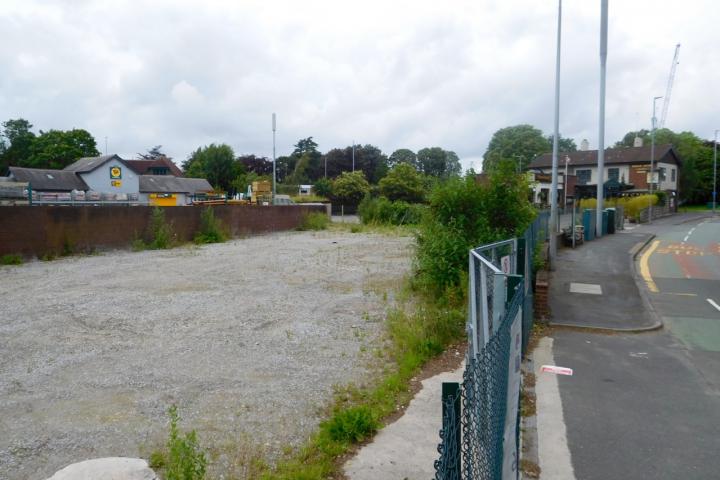 Plans to build a hand car wash and valet service on a previously developed site on Alderley Road have been refused by the Northern Planning Committee despite the planning officer recommending them for approval.

The applicant was seeking permission for a change of use of the former petrol filling station to build two car wash bays, with both bays consisting of a spraying area and a valeting area.

Given concerns raised by the Environmental Protection Officer regarding the operation of the proposed facilities on Sundays, the Committee Report had initially recommended that approval be granted on a two year temporary basis to enable the Local Planning Authority to monitor and re-assess the impact of the hand car wash after two years of it being operational.

However, prior to the Strategic Planning Board Meeting on Wednesday, 12th July, the applicant confirmed that a condition restricting operating hours from 9am to 6pm Monday to Saturday, with no working on Sundays, would now be acceptable.

As a result, the planning officer recommend that planning application be approved "Subject to a condition being imposed controlling the operation of the premises to these hours, it is therefore considered that a temporary approval would no longer be justified or necessary in this case. This is given the supporting information provided by the noise assessment which includes background noise measurements having been undertaken on the morning of Saturday 15th October 2016 between 08:00 and 11:00, when road traffic volume and therefore road traffic noise levels are lower than weekdays.

However, members of the Northern Planning Committee refused planning permission with ten members voting against, whilst two voted in favour, on the grounds that it would have a detrimental impact on - the character of the area; the Kings Arms' outside seating area; the general enjoyment of the pub's customers and this gateway site into Wilmslow, instead of enhancing the area.

Councillor Rod Menlove spoke at the planning meeting against the proposed development stating it would have an unacceptable impact on the character of the area, living conditions of neighbouring properties, highway conditions and all other matters of public interest.

He said "You have only to look at the jet wash car wash just north of Handforth to see what this proposal would look like. It's a hard working environment, fronting a main road junction and is ugly or in planning speak is 'visually detrimental'. It belongs on a trading estate. Comparisons with Mobberley, that is well set back from the road, are invalid. Yes, this site is between a pub and a builders' yard but they are neat and tidy. This would be a discordant and unacceptable feature."

Speaking about the impact on neighbouring properties,he said "The report takes no account of potential impact on the closest residences. These are in Knutsford Road immediately behind the site and share a common boundary. Much closer than Paxford Place. The impact on the pub is hardly considered and no account is taken of the pub outdoor seating area. Realistic assessment of jet wash noise, valet vacuuming noise, idling engine noise and pollution, spray travel in all directions is noticeably lacking."

Cllr Menlove then spoke about the highway conditions saying "Alderley Road is a busy road adjacent to a busy junction roundabout. Those members who went on the site visit will recollect that they had to wait for the traffic to clear before they could exit: and that was at 10.00am on a quiet Friday going northbound.

"Southbound traffic travels at speed in to Alderley Road and Knutsford Road making exit difficult at the roundabout for the northbound traffic. This is a bottleneck and if anything is needed it is road design improvements. It definitely is not a car wash to add to congestion."

This application is a resubmission (of application 16/3309M) which was withdrawn prior to determination in September 2016 due to the need to address concerns relating to highway safety and lack of information regarding noise impact and land contamination.

Wilmslow Town Council felt the revised application did not address their earlier concerns and objected on the grounds of the likely impact on the highway caused by vehicles queueing to access the facility, concerns over the adequacy of the drains and treatment of waste water from the car wash, the impact on the surrounding businesses and residential properties and the visual impact on the character of this high quality residential area.

Vince Chadwick
Good! It would be entirely inappropriate for the area.

Chris Hayes
I agree. Far too much traffic at that junction with the roundabout to allow entry and exit to a car wash, without causing huge tailbacks.
One way or another, planners are ruining Cheshire with ugly developments.

Emma Mcintosh
Thank goodness!! It would have ruined the whole area.

Paul Hampton
Whilst I don't disagree with the decision, surely the current condition of the site is also 'visually detrimental' to this 'high quality residential area'...

Pete Taylor
Good, perhaps Robinsons will now increase the size of the car park across half the site (to the size it would have to be if the pub were a new-build) and make a community garden of the rest.

Well done to all who objected and to the Cllrs. for their support.

Malcolm Elliott
How about something entirely appropriate for the area ....a multistory car park.

Creating a quality/prestigious entry to Wilmslow along this length of Alderley Road went down well with committee members. This comes from the emerging Wilmslow Neighbourhood Plan policies which are currently in the public domain for further consultation. Worth taking a look at the WNP website to engage in this exercise which runs to the end of September. Your town, so have your say.

James McCaig
Excellent news - but we need to see an improved use for this prominent site.

Mark Goldsmith
Paul Hampton: I agree with your sentiment but you don't replace one eye-sore with another, which is why I spoke out at the planning meeting against this proposal as Wilmslow Town Councillor for Wilmslow East.

The Highways Dept claimed it won't cause traffic issues but this is bizarre as the two car washes in Handforth regularly have cars backing up onto the road for them. The data they used to support their claim was very old, not a fair comparison and produced usage numbers that were far too low. The business would not be viable given the amount of vehicles they claimed to use it and the costs needed to develop this site.

The overall economic benefits of this industry are also highly questionable given these jobs are rarely even advertised in the UK and offer low-wages to people who are often unaware of their UK labour rights. Google the New Statesman article in on car washes (Nov 2015) to see why this industry has such a murky reputation.

Finally, after consulting with the Car Wash Advisory Service they informed us that Legionaries Disease is a major issue within the industry, which caused further concern at the meeting, as did my mention that this was a gateway site to the town that the Wilmslow Neighbourhood Plan wants to improve.

Thankfully, the volume and scale of opposition carried the day but it was hugely surprising that two councillors still voted for it, especially as one of them was the Conservative Chairman of the planning committee.

Ryan Dance
This site was and esso garage not so long ago. This absurd traffic and congestion issue must be a joke.

This whole story is a debacle. I wonder what would happen if a new petrol station was muted hahah

I dont think it will become another petrol station really.

If it had been that good a site Esso probably wouldn't have pulled out ?

And unless we experience another fuel crisis they wouldn't be queuing on the road would they like they do at the carwash at Lakeland . . .