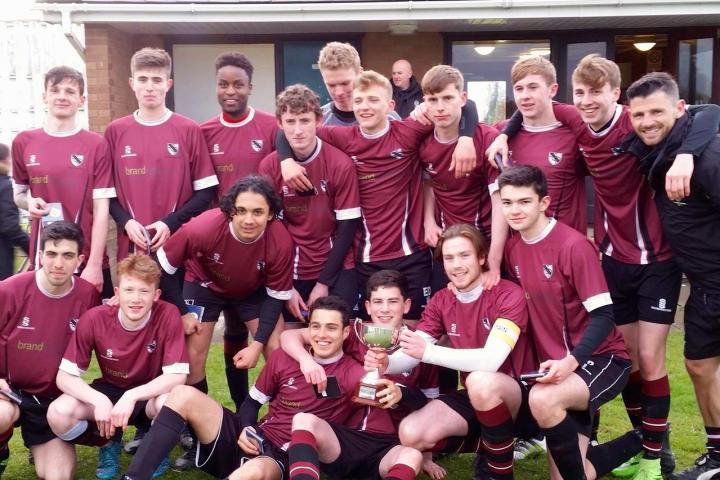 It has been a busy end to the season for the Wilmslow High School's senior boys' football team, with two cup finals either side of the Bank Holiday weekend.

On Thursday, 28th April, the team played away against Kings Chester in the final of the Cheshire Cup which proved a tense affair between two strong sides.

Huw Williams, Team Leader PE, said "There were few genuine goal scoring chances in the game and at full time, the score remained 0-0. However, the game burst into life in extra time. There were goals from Miguel Vilches Narro and Mesach Hitchen in the first period of extra time.

"Patrick Draper made it a three goal cushion just after the break, ensuring that the title would be returning to Wilmslow. Kings Chester did score a late consolation goal as the game finished 3 – 1."

Then on Tuesday, 3rd May, the team were once again in action, this time in the final of the Macclesfield and District Cup. Goals from Sam Dickov and Nick Brown ensured that Wilmslow came away with the title and secured a first treble.

Huw Williams, Team Leader PE said "It has been a hugely successful season for the team, claiming the ESFA North West League, The Cheshire Cup and Macclesfield and District Cup, finishing with a record of: played 30, won 27, drawn 2 and lost 1. The team have scored 118 goals in all competitions and conceded just 13.

"A fantastic achievement from all involved with the team."