Tennis: U15 girls through to national finals 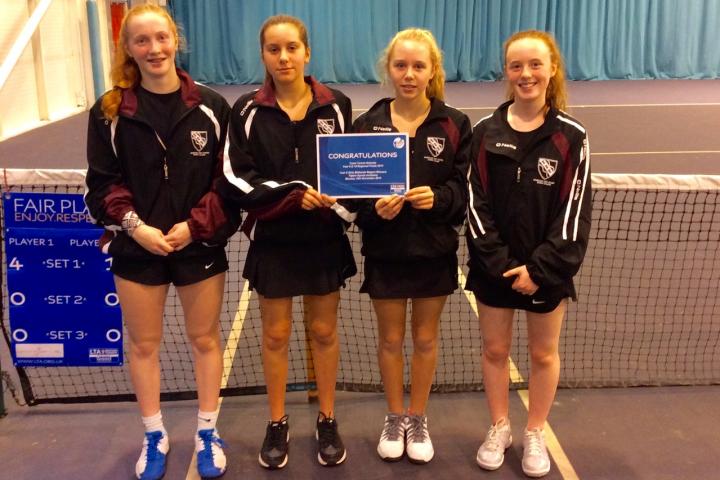 The U15 girls' tennis team played in the Midlands Regional Finals at Tipton Sports Academy on Monday.

The team, of Olivia French, Ellie Aldrich, Jessica Purdy and Freya Hogg, played against Bedford Girls' School in their opening fixture, winning 3 singles matches and 1 doubles match in a 4 - 2 victory.

Qualifying for the final, the girls came up against Hagley Roman Catholic School. Some impressive play in the singles matches led to Wilmslow taking a 3 – 1 lead into the doubles. A further victory in the first of the doubles matches meant that Wilmslow were crowned Midlands Champions and will now represent the region in the National UK finals in Bolton on the 5th and 6th December.

The finals will see Wilmslow come up against the winners from the other three regional events, Kirkham Grammar School, Millfield School and Culford School.