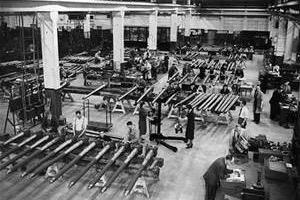 In contrast to the devastating battles that took place 12 months later, July 1915 was relatively quiet time for the British on the Western Front.Elsewhere though there was great activity. The slaughter of Allies and Turks continued in the attacks and counterattacks at Gallipoli, especially at Achi Baba on the 12th.

On the 18th the Italians again thrust against the Austrians on the Isonzo river resulting in losses of 90,000 overall by 3rd August. The French began a costly 3 month offensive on the 30th 3,000 feet above sea level at Le Ligne on the rounded peaks of the Vosges in Alsace. Little ground was made by any side - all was static - except for the sustained German pressure on the Russian salient in Galicia resulting in the fall of Warsaw on 5th August.

There were some innovations – some sensible, one cruel. The sensible ones were around ensuring sufficient, good weaponry for the troops. Commander in Chief, Sir John French, complained of shortages and ordered that during this month operations should be "small aggressive threats which will not require much ammunition or many troops". (Even without major offensives, we lost about 300 casualties a day to regular artillery and sniping.) Faced with shortages in heavy artillery and machine guns, the Munitions of War Act on 2nd July brought private companies supplying our armed forces under the tight control of the newly created Ministry of Munitions. This ministry, under Lloyd George, regulated wages, hours and conditions - and banned strikes as means to rationalising supply. Pub opening hours had already been reduced from 16-17 hours to 5.5 hours with the aim of improving concentration and therefore the quality of the weaponry.

Both sides on the Western Front had embarked on mining operations especially where the front lines were close. The 175th Tunnelling Company exploded our biggest mine yet at Hooge on the 19th creating a crater 20 feet deep and 120 feet wide. (It's now a pond in a theme park!) The Germans retaliated and threw us back using on the 30th, for the first time, "Flammenwerfer" which projected liquid fire up to 25 yards.

On the same day 13 kilometres away to the south of Ypres, we suffered our only July fatality – Private John Alfred Gradwell of the 2nd battalion Cheshire regiment (11262). His regular battalion was based in Jubbulpore, India at the beginning of the war. However, following regrouping in Winchester and supplemented by Territorials they landed at Le Havre on 17th January 1915. Fighting alongside men from London, Wales and Monmouth in the 28th Division, John survived the 2nd battle of Ypres only to perish on 30th of this month.

John was born in Warford in 1895 and was living there in 1901 with his parents, John and Louisa, and a brother and sister. By 1911, the family had moved to 83 Duke Street, Stockport and he had acquired 2 more brothers and 2 more sisters. He worked then as a crosier for a felt hat manufacturer. Kemmel Chateau Cemetery (the site of an Advanced Dressing Station for much of the war) contains his grave along with 1134 others. He is commemorated locally on the St John's Lindow memorial inside the church.

Apologies must go to the memory of Lieutenant William Herbert Watney, who was unfortunately missed off our account of May 1915. He died aged 35 on 10th May and is commemorated on memorials at Styal, Ploegstreet and Bradfield, Reading. Why he is on a local memorial remains a mystery. He was a member of A Company, 2nd battalion the Prince Own Consorts Rifle Brigade. His father was Herbert Watney (1843 – 1932) of the Watneys brewing family of "Buckfold", Pangbourne, Berkshire. Herbert was educated at Rubgy and St John's, Cambridge and became a Senior Physician at St George's Hospital, London. William grew up in a house of 10 servants and in 1911 was married to Mary of 97 Albert Bridge Road, Battersea. He was a casualty at Rouges Bancs Fromelle during the battle for Aubers Ridge and reported missing on 9th May, but an eye witness later confirmed he was shot through the head. A civil engineer by profession, he may have visited Styal on many occasions as the village was a frequent gathering spot for many "well to do" families. Perhaps one of his 3 sisters, May, Elsie or Winifred married someone locally. If anyone can throw any light on William's connection with our area, we would be pleased to hear from them.