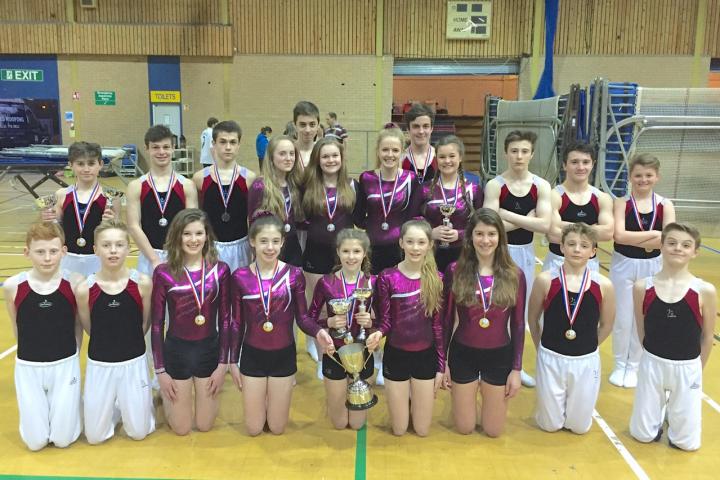 It has been another hugely successful year for Wilmslow High School's Trampolining team. The climax of the season, the National Schools' Finals were held at Cocks Moors Woods Leisure Centre on Saturday March 13th, with twenty one students taking part in team and individual categories.
This year saw the best ever results for the girls' teams as the Under 14 Girls Novice team came in first place to claim their first ever national title. The Under 19 Girls Novice Team were unlucky not to do the same, missing out by just 0.2 of a mark to claim second place.

In the individual categories, Isobel Southerton and Conor Smith were both crowned national champions in the Under 14 Girls Novice and Under 14 Boys Intermediate competitions. Elise Potter finished in 2nd place in the Under 19 Novice competition. Brendan Smith was unlucky to fall in the Under 19 Elite Boys category and missed out on a place on the podium.

Coach Hilary Pemberton was rightly proud of all the students and recognised the effort that they put in throughout the year. She also extended her thanks to her team of assistant coaches and parent helpers. A special mention must also go to the student helpers and travelling reserves, Vicki Cragg, Maisie Allison, Katie Mayoh, Georgia Long, Molly Andrews, Izzie Boxer and Tom Holder.