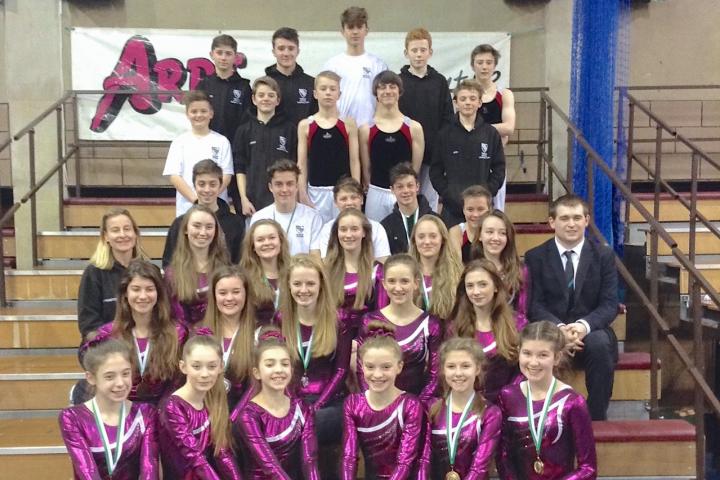 Wilmslow High School's trampolining teams made the long journey to Belfast last weekend to compete in the Northern round of the National Schools' Trampolining Competition.

Four hundred students from 107 schools across the north of England and Northern Ireland were represented in the event which was held at Ards Leisure Centre. Thirty-two Wilmslow students, competing across 8 teams, qualified for the competition following their success in the North Western Round of the competition.

Unlucky to miss out on a spot in the finals were the Under 19 Elite team who finished in 3rd place. The Under 19 Girls Intermediate team and the Under 14 Girls Novice team 2 both finished in 4th place in their respective categories.

There were also a number of fantastic individual performances. Isobel Southerton came first in the Under 14 Novice category, Conor Smith and Brendan Smith came second in the Under 14 Boys Intermediate and Under 19 Boys Elite categories and Elise Potter and George Holt came third in Under 14 Boys Novice and Under 19 Novice categories. These five students will now go on to compete in the individual competitions at the National Finals.

Coach, Hilary Pemberton paid tribute to the hard work that the students had put in prior to the tournament and emphasised the hard work still to come in the build up to the National Finals. Her thanks went out to her team of assistant coaches and volunteer officials who contributed to another successful competition.