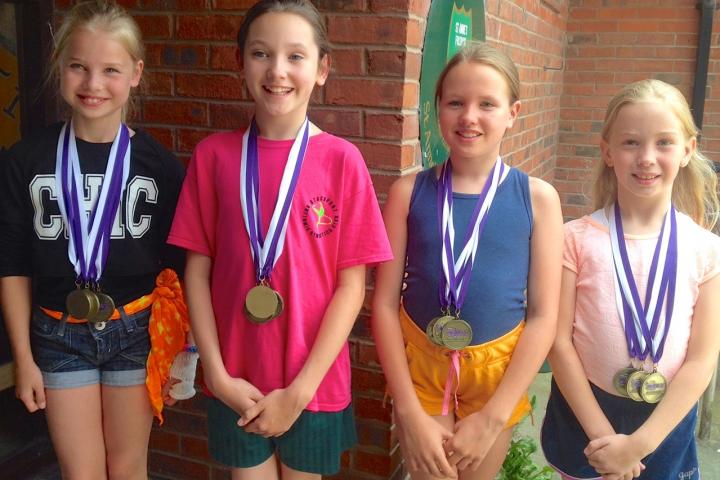 Four pupils from St Anne's Fulshaw Primary School who were selected to compete for Great Britain have returned from a very successful trip to America.

"They had a fantastic time and visited lots of Florida's attractions including Universal Studios as well as training hard and competing all week. They brought all their medals and certificates into school yesterday and showed them to everyone. We were very proud of them."

Speaking about the experience Leila said "The gymnastics competition was amazing fun and I really enjoyed it. When we competed in the floor routine, it was really bouncy because it was a professional artistic sprung floor. It made our leaps even higher!"

Sophie added "It was so hot in Florida that we needed to keep really cool by the pool or our feet got burnt! We went to Universal Studios and Disney as well as practising and competing."

Grace (competing at bronze level) achieved a silver medal in the free routine; gold in the ball routine and silver in the hoop routine.

Leila (competing at bronze level) achieved a gold medal in the free routine; silver in the ball routine and bronze in the hoop routine.

Jessica (competing at bronze level) achieved a gold medal in the free routine; gold in the ball routine and silver in the hoop routine.

The girls were representing Great Britain, along with another 13 girls from the Stockport Rhythmic Gymnastics Club.