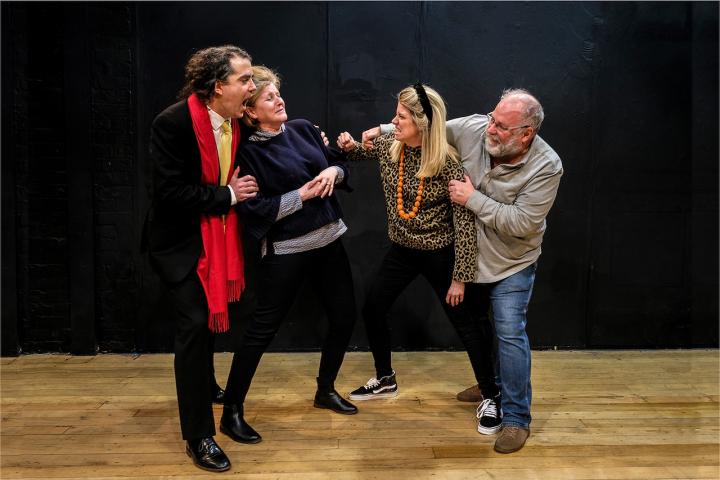 'God of Carnage', winner of the Tony Award for Best Play and Olivier Award for Best New Comedy the play runs at The Green Room Theatre from Monday 12th to 19th February.

The play, directed by Ian Cole, is about two sets of parents, one of whose child has hurt the other at a public park. When eleven-year-old Ferdinand hits eleven-year-old Bruno with a stick in a playground punch-up and knocks out two of his teeth, the combatants' enlightened parents Alain and Annette Reille and Michel and Veronique Vallon decide to meet to talk things over in a civilized manner.

But once the niceties are done with and the drink starts flowing, it is the parents who turn into spoiled brats as the evening dissolves into comedy chaos.

Director Ian Cole said "God of Carnage is a wonderfully funny and entertaining physical comedy. Think fast paced TV sitcom with our protagonists getting drunker, more childish and even more badly behaved as the evening draws on, with a night of hysterical name-calling and tears!"

Ian added "The Green Room audiences are used to seeing our plays from both sides or from three sides of the acting area which has always made our productions so special and unique to watch. For this production the seating will be set in the round, on all four sides of the acting area. It's the first time in years that we have used this seating arrangement which gives the audience an unrivalled 'close up experience' of the play as events unfold."

Each performance starts at 7:45pm. The director, Ian Cole, will be running free Q & A sessions after the Tuesday and Thursday performances, for which • The Theatre bar will be open each evening and may be taken into the auditorium.