Jackie Weaver 'has the authority' 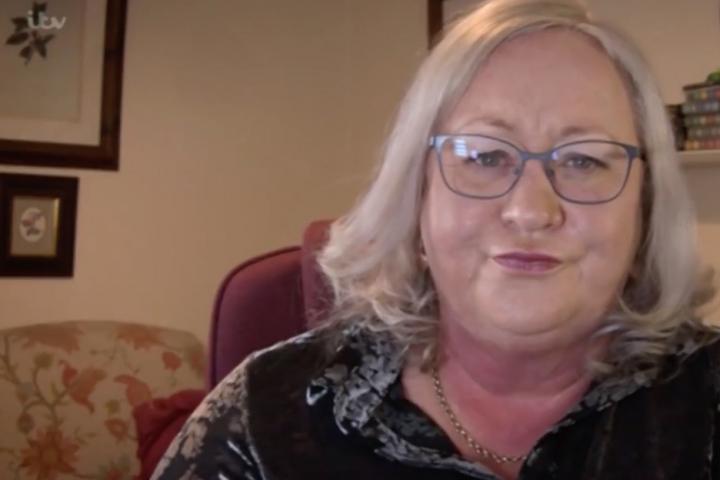 Handforth Town Council, who changed their name in August 2021, has invited Jackie Weaver to switch on this year's Christmas lights.

Jackie Weaver, who became an internet celebrity earlier this year after a recording of a chaotic Handforth Parish Council went viral, has been invited to carry out the honour on Saturday 27th November.

Ms Weaver, Chief Officer of the Cheshire Association of Local Council, who was asked to step in and support Handforth Parish Council in light of complaints and an investigation into their conduct, was contacted several months ago by the Council. Apparently she readily accepted and was thrilled to be invited.

Jackie will attend on the day and switch on the Christmas lights along with the winners of the children's poster competition which is currently being run at the local Handforth Schools.

The top three winning entries will be converted to a poster to advertise the event and they will all win a prize. Along with the prize they will attend the event to turn on the lights with Jackie and mark the countdown to Christmas in Handforth.

The lights switch on will take place at 4:00pm on Saturday 27th November, there will also be a mini Christmas market with lots of involvement from local community groups as well as a bouncy castle and Christmas grotto. Father Christmas will be handing out presents to the children along with some other surprises on the day. The whole event will run from 2pm until 5pm.

Cllr John Smith said "The council were very pleased that Jackie accepted their offer to turn on the Christmas lights this year, the council are grateful to her for the assistance she has given the council over the last year and felt it was a way to give something back to Jackie and to show that she was certainly welcome in Handforth and has the authority."

Members of the former Handforth Parish Council voted unanimously in July 2021 to rename themselves a Town Council. Handforth has a population of circa 6,000 residents which is equivalent to similar Town Council's in the area.

Chairman John Smith said "We have a new name and three new councillors and along with the other remaining councillors are committed to improving Handforth. We are also moving away from the viral, toxic Handforth Parish Council as portrayed on YouTube and are leaving it behind."

Three former parish councillors have resigned since the infamous Handforth Parish Council Zoom meeting went viral in February 2021, after it descended into chaos with members trading insults and removing each other from the call.

Former Vice-Chair Aled Brewerton stood down in March giving no reason, then Barry Burkhill resigned from his parish council seat in May, followed by Councillor Brian Tolver in October 2021 citing health reasons.

Robert Taylor
I do not know if anybody considers that Ms Weaver has managed to weasel her way into the limelight; without actually demonstrating any professionalism in that infamous meeting which was so badly handled by her- she is portrayed by others as some kind of hero when in fact this is not the case.

I for one, do consider that Ms Weaver demonstrated great professionalism in that infamous meeting.

Robert Taylor
@Stuart Redgard - meetings have articles of procedure and she didn't follow them, it is fairly simple organisational protocol that simply wasn't followed.
@David Pearce - of course, why not.

Yes, there are articles that cover the procedures for council meetings and in my opinion the chair of the meeting was not following them.

You are entitled to your opinion. I just don't agree with it.

Nick Jones
Tony… Andy Warhol actually said "In the future, everyone will be world-famous for 15 minutes."… so brace yourself for another 10 minutes worth !!..
sometimes water should be allowed to pass under the bridge as you allude!

Robert Taylor
@Stuart Redgard - Just labouring on the point somewhat - you did not have to state whether or not you agreed with me; though I would say that my opinion is shared by comms executives from a large authority. And I do hope the individual will go away sharpish at the end of 15th minute...

Toni Fox
According to a source, Mrs Weaver has admitted she did not in fact have any authority at the infamous Handforth Parish Council meeting.

If that is the case it is to be hoped that Mrs Weaver will issue a public apology to all of the councillors involved and resign from her post as Chief Officer.

Mark Goldsmith
Global public opinion instantly judged that Jackie had the moral right to act as she did.

The councillors appalling behaviour turned a mundane planning meeting into a pub brawl. The Chairman and his supporters totally forgot why they were there, why Jackie had to be there, their own meeting rules and any semblance of common decency.

Which is why the world rejoiced when Jackie gave them instant justice for their terrible behaviour.

Outside of the Wilmslow area and a few people in local government, no one cares if she acted strictly according to Handforth Parish Councils Standing Orders or not. She had the common right to be treated respectfully, (which should be the first rule in any organisation) and the public has a right to expect their councillors not to act like bullying school boys.

Jackie ensured both these rights were protected, which is why she got instant worldwide fame and applause.

So why on earth should she be condemned for any of that?

It could be argued that Mrs Weaver's actions, assuming she did not have any authority (as Chief Officer of an organisation that provides"professional support for member councils in all aspects of their work and when necessary can provide formal, legal advice on a wide range of council related issues" you would anticipate that she would know) actually incited the behaviour of some of the councillors in what was an already extremely volatile situation.

Cheshire East Council's investigation and findings will no doubt clear the matter up.

Jackie was asked to help following severe criticism about the Handforth councillors behaviour from the Monitoring Officer. Therefore, there was clearly existing problems before she joined.

I believe that regardless of the provocation, we are still responsible for our actions. The Handforth councillors could of handled that meeting in so many better ways and only they are to blame for the appalling way they behaved.