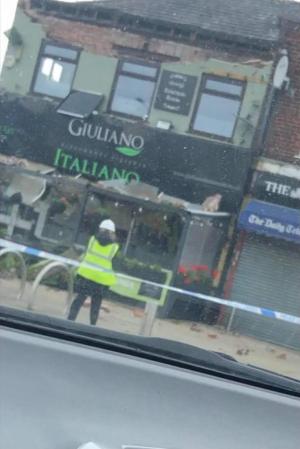 Emergency services were called to Handforth this afternoon after the roof of a restaurant collapsed onto the outside seating area at the front of the building.

Fortunately nobody was hurt.

A safety cordon was put in place and neighbouring properties were evacuated as a precaution.

A spokesperson for Cheshire Fire & Rescue said "Crews used a ladder to check if anyone was inside the premises.

"There are no reports of any injuries.

"The incident has been passed to the building inspector."