Wilmslow to host Intermediate Sprint of Tour of Britain 2021 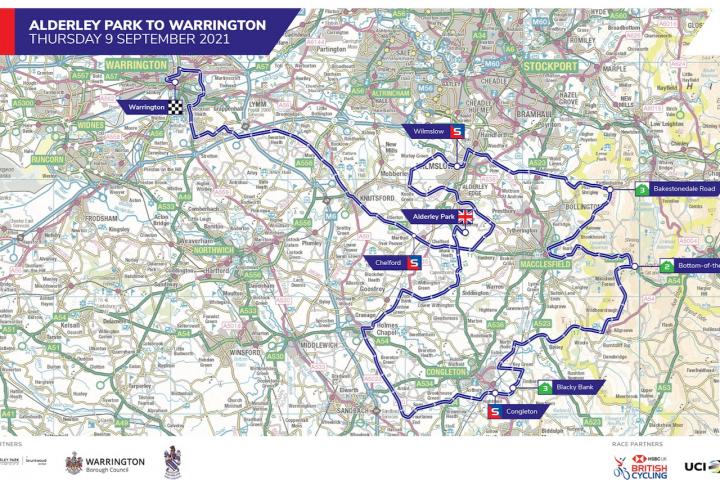 Wilmslow Town Council is thrilled to announce that Wilmslow will host an intermediate sprint of the Tour of Britain on Thursday 9th September, when stage 5 kicks off from Alderley Park.

Martin Watkins, Chairman on Wilmslow Town Council said of the news, "Being selected as a Stage partner of the Tour of Britain is fantastic news for Wilmslow. As well as being an exciting event for residents, it will raise the town's profile nationally and regionally, attracting visitors to the town, and promoting cycling. We hope that Wilmslow's businesses and schools will embrace the wonderful opportunities it brings."

The Tour is free to watch and attracts a roadside audience of over 1.5 million spectators. Live coverage of the race and highlights will be shown daily on ITV4, in addition to featuring on local and worldwide news.

Wilmslow Town Council first agreed to express an interest to the Tour's organisers in March 2021. The cost to the Town Council of being a stage
partner will be £10,000, and the Council will work with Groundwork - Wilmslow's Town Centre Management service - to harness the opportunity to attract visitors from the region into the town centre as part of a series of initiatives to drive footfall to the town.

The race will enter Wilmslow travelling down Dean Row Road, turning left at the Bluebell lights then travelling down Manchester Road to Wilmslow Town Centre and turning right at the main lights by the Rex. The sprint continues along Water Lane, concluding prior to the junction with Hawthorn Street. Stage five will then continue towards Morley Green and beyond.

It is currently expected that the Wilmslow sprint will take place between 2.30pm and 3pm.

Brian Etchells
No public consultation as usual. Which roads will be closed, when will they be closed. How will the crowds be organised, where will all the bikes be parked.

Jon Williams
Brian, it's an intermediate sprint in Wilmslow, not the finish, the finish of this stage is in Warrington. "How will the crowds be organised" - what do you mean ?

Vince Chadwick
It is good news indeed. We've had 'The Tour' come through the area before and the police travel in front of it on motorcycles closing side roads as the cyclists pass, and forming a 'rolling road block'.

There is little disruption to traffic as these guys don't hang about so are not there for long, unlike the road closures we get for the jogging events.

Gary Chaplin
Great news. Showcases Wilmslow and celebrates a sport that Britain, and especially this area excels at, as well as promoting the sport in general and encouraging more people to use cycling to increase their fitness/well-being.

It's always going to attract the moaners, usually with their thinly veiled anti-cycling rhetoric. I'm not quite sure what 'public consultation' is needed, or how it would benefit...equally, once again, the 'parking of bikes' has never been an issue in any UK town/city; bizarre argument.

For a sport that will see riders travelling at 30-40kph, lifting up to 50-60kph down Water Lane for the sprint, the disruption will be virtually zero, and nothing like the disruption the current roadworks are bringing.

Well done to WTC for winning this. Massive ROI on the £10k.