Councillor who strove to put 'people before politics' is moving on 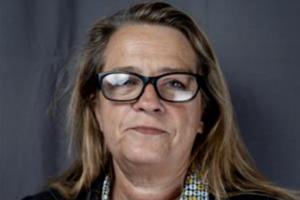 Councillor Toni Fox, who represented the Wilmslow Dean Row Ward, resigned on Wednesday, 30th June, as she is relocating with her family to Shropshire.

She was first elected as a Residents of Wilmslow candidate in May 2015 and then re-elected in May 2019 when she became a Cabinet Member, with responsibility for planning.

A by-election will be held to fill the vacancy.

Toni Fox told wilmslow.co.uk "I have advised those Dean Row residents that I have had direct contact with to raise any queries, pending the result of the by-election, with Dean Row Wilmslow Town Councillor, Councillor Jon Newell, to ensure that there is a continuity of service. I will of course also be available to assist Councillor Newell if required as will the Residents of Wilmslow Cheshire East Councillors.

"Residents of Wilmslow will be fielding a candidate in the by-election, Wilmslow Town Councillor Lata Anderson. Lata lives in the Dean Row ward, has lived in Wilmslow for 24 years and is a very pro-active member of the Town Council. I have no hesitation in recommending that residents support Lata, I believe she will make an excellent Cheshire East Councillor."

She added "Since my election in 2015 the Independent Group at Cheshire East Council has grown in the number of its members, and in its reputation for putting residents first. The recent success of the Residents of Wilmslow candidate in the by-election in Lacey Green demonstrates again the high level of support of Wilmslow residents for councillors who put people before politics.

"Personally my greatest rewards as a ward councillor have come from meeting so many residents and responding to their concerns and enquiries. Sadly many services that Local Authorities provide today are constrained by legislation set by the Government which is increasingly complex. My experience has been that whilst the outcome may not have been what a resident was expecting, or hoping for, they understand and appreciate, whatever the outcome, when the time is taken to explain the reasons why. There were many positive outcomes as well which was always a pleasure!

"As a Cabinet Member, and the Portfolio Holder for Planning, my greatest achievement, and of the great importance to me personally, were the approved revisions to Part 2 of the Local Plan, the Site Allocations and Supplementary Planning Document, known as the SADPD. Under the joint Independent/Labour administration Green Belt sites that had been allocated for immediate release for development were removed - saving valuable Green Belt land.

"The greatest frustration of being a ward councillor is recognising, and then advising residents, what Cheshire East Council as a Local Authority can and can't do! Whilst many blame Cheshire East as the Local Authority for its decision making, in many cases it has no option in its processes, or decisions, as it has to comply with Government legislation, and risk legal or financial penalties if it does not.

"Cheshire East Council, similar to many Local Authorities, provides over 500 public services largely supported by ever reducing Government grants that fail to cover all of the costs. All services are also effectively subject to what would commonly be known as 'Terms and Conditions' - handcuffs on what it can be spent on."

Councillor Craig Browne, Deputy Leader of the Council said "As Leader of the Independent Group, I would like to place on record my huge thanks and appreciation to Toni for the work she has done and the support she has given me in helping to change Cheshire East Council for the better over the last six years.

"Whilst we have known each other as friends outside politics for 20 years, we were both elected to Cheshire East Council on the same day in 2015. Following our re-election in 2019, I was delighted to invite Toni to take up the position of Portfolio Holder for Planning.

"Toni's stand out achievement was to make major revisions to the Local Plan Part II (the SADPD) resulting in the removal from the plan of a significant number of green belt sites that the previous administration had earmarked for development, most notably ALD1, ALD2 & ALD4 within Alderley Edge, as well as further sites in Bollington & Prestbury.

"I will miss her advice and support, both as a colleague and friend, but wish her well for the future."

Stuart Redgard
I personally attended several planning meetings and observed Toni at work.
Sad to hear this news but wish her all the best.

Keith Chapman
I am sure all those who live in Wilmslow of whatever political persuasion will be grateful for the dedication of Tony Fox and those like her who put a great deal of personal time into serving the community. Thank you Toni, and best wishes for your future life in Shropshire.

Mark Goldsmith
On behalf of myself and my colleagues at Residents of Wilmslow, we would all like to say a big thank you to Toni for all her help and support over the past 6 years.

As our first RoW county councillor, she was a great help in recruiting others to develop a strong, independent voice for the town. I first met her when she knocked on my door on Mainwaring Drive during her election campaign in 2015 and she talked me into having her election board in my front garden. I later joined RoW and with her help joined her as a CEC councillor in 2019.

As mentioned, she helped save parts of the greenbelt, but Toni also got the A34 access road at Dean Row extended to two lanes, which reduced the traffic congestion there. Recently she worked to revamp the Browns Lane playing facilities, which transformed from a muddy, unloved park to an all-weather play area that is much used and much appreciated by the community.

So, we wish her well in her new life in Shropshire, we fully understand why she is moving but we will miss her terribly. She has big boots to fill but her potential replacement Lata Anderson has already made a great contribution to the town council and we fully expect she can do the same at Cheshire East if the residents of Dean Row Ward elect her.

Pete Taylor
So sorry to see you go Toni; you have been so instrumental in putting right much of what was was wrong in CEC planning procedures (there is still more work to do). You really will be missed; best wishes for your new life "down South". ;-)

John Fallows
Thanks for all the hard work Toni.You have lived up to your motto of 'people before politics' and you were a real breath of fresh air. I will think of you every time I walks round the Browns Lane Park

We will miss you. Good luck!

Peter Croome
You will be sorely missed!!!

But how lucky to be moving to Shropshire - wonderful County.

Stephen Hughes
Really sorry to hear that you’re leaving Toni, as you will be sorely missed. Thank you for all your hard work and efforts and all the best for you and your family in Shropshire.

Lynne Prescott
So sorry to see you go as you made a significant difference Toni, bit wisjhing you all the best for your new life in Shropshire> if you still fancy a people before politics stance there, you could have ago at the MP for Shrewsbury - Mr Daniel Kawczynski - we briefly worked in the same company and i was not impressed by his lack of integrity.