Hollyoaks viewer from Wilmslow reveals how soap saved them from suicide 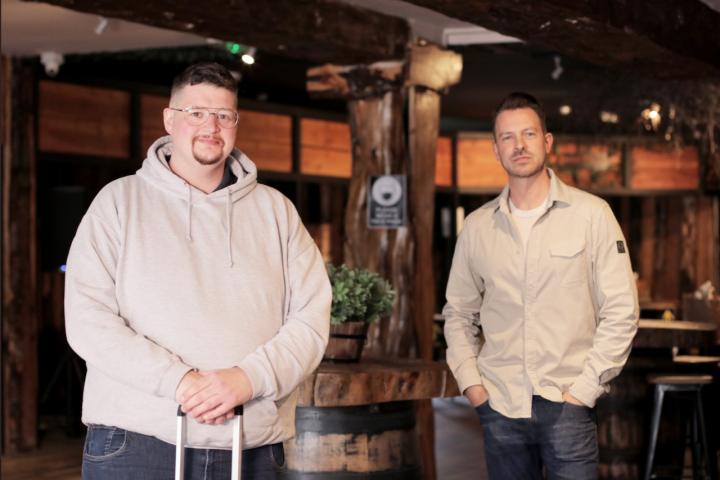 A mental health activist from Wilmslow features in the first of a series of short films exploring the real-life stories which have helped shape some of Hollyoaks' most important and talked about storylines.

The new digital series Hollyoaks: IRL kicks off this week with the story of John Junior from Wilmslow, whose life was saved after watching a male mental health and suicide storyline starring Ashley Taylor Dawson (who plays Darren Osborne).

In Hollyoaks: IRL, Stopping my Suicide; we meet John Junior (they/them) who had planned to take their own life but stopped after watching Hollyoaks and seeing the devastating impact of much-loved character Kyle Kelly's suicide on his loved ones – best friend, Darren Osborne and his fiancée, Nancy.

Hollyoaks became aware of John Junior's experiences after they called BBC Radio Five Live to document what had happened and their subsequent recovery. John Junior meets actor Ashley Taylor Dawson in person for the first time, in emotional scenes.

John Junior said "I filmed a video with Ashley Taylor Dawson on BBC radio 5 live in January a suicide storyline that saved my life and from that interview I was approached by Hollyoaks, lime pictures to make a documentary and share my story to help others, this documentary comes out tonight at 5pm."

Speaking about making the documentary John told wilmslow.co.uk "Arriving on filming was the most scary thing, but I said to myself I can do this, I went to the toilet and cried my eyes out, i said to myself Hollyoaks saved my life and now it's my time to save others. The filming was great the whole team and Alan toner Director was very kind and made my whole experience feel safe and reminded me that I will go on a changed so many lives."

They added "The storyline inspired me into making a feature film called the mood is temporary, with the support from Angela Samata who worked on the storyline on Hollyoaks that saved my life."

Other episodes will explore individual's experiences of county lines child exploitation, disability, eating disorders and conversion therapy, all of which have featured in recent high-profile Hollyoaks storylines - but the real-life stories are being told together on-screen for the first time.

Each episode will premiere with a sneak preview on Snapchat Discover on Tuesdays, followed by full episodes available across Channel 4 socials each Wednesday.

Lucy Allan, Hollyoaks Executive Producer said: "Hollyoaks storylines are borne out of a range of diverse places, we scrutinise research from charities about the new issues that our youthful audience may be experiencing, or could be in the near future and the personal stories that our writers bring to the table. Issues that are affecting their lives, or those of loved ones, friends and neighbours.

"Some of these films follow how people's lives have been changed by what they have watched on Hollyoaks and other contributors' stories have played out on screen, following the moving testimonials they have shared with us.

"Either way, there is a real-life connection to our fictional world of Hollyoaks. We hope that by hearing these stories people can connect - and if needed find help and support in these often-isolating times.

"The multi-platform support we have from Lime Digital is vital to Hollyoaks and we are thrilled that they are telling the real-life stories that make Hollyoaks so authentic."

Joe Churchill, Digital Commissioning Exec at Channel 4 said: "Hollyoaks is well known for its sensitive handling of hard hitting issues, so it's incredible to be able to shine a light on some of the people whose lives have been impacted by the issues reflected on screen. Behind every storyline there are thousands of these true stories and we hope these inspiring portraits will touch hearts, spark conversation and open minds."