Testing in Handforth has 'brought that relatively minor spike under control' 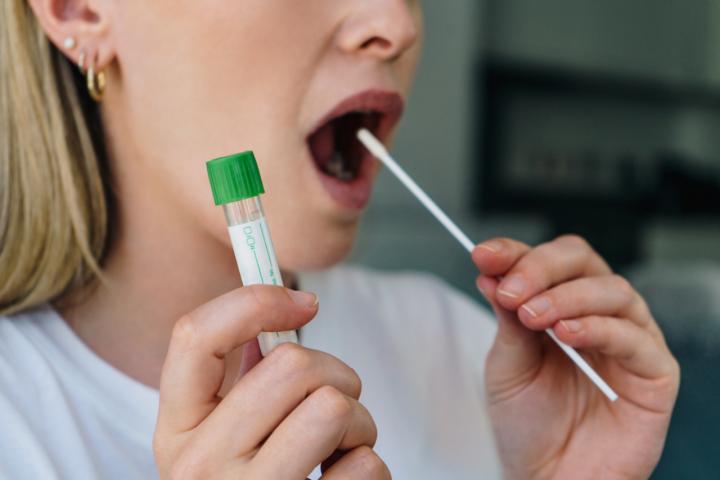 Cheshire East Council says that a recent outbreak of Covid-19 in Handforth has highlighted the important part local residents can play in helping to stomp out the virus through regular symptom-free testing.

A spokesperson for Cheshire East Council said "Regular lateral flow testing was successful in identifying a cluster of cases in Handforth where targeted testing revealed over 40 cases in just 10 days. This shows how quickly Covid can still spread and how important regular testing is to keep on top of outbreaks.

"The initial positive case had only minor Covid-19 symptoms, however the virus very quickly spread to a number of others. Effective test reporting and contact tracing enabled the council to quickly contain and manage the outbreak before it spread further."

Dr Matt Tyrer, Director of Public Health for Cheshire East Council said: "Covid-19 case numbers are now generally lower and therefore more manageable. We have a robust plan for dealing with outbreaks, which involves increased testing in areas of concern or where outbreaks have occurred.

"We know that in certain areas in England surge testing has started and this is in response to significant outbreaks of new variants, most recently connected to the Indian Variant. In Cheshire East we will do all we can to prevent the need to do mass surge testing and to lower the risk of having significant outbreaks. We are therefore closely monitoring the picture with our northern neighbours, who have double the case rate compared to Cheshire East.

Cheshire East Council leader, Councillor Sam Corcoran said "The Cheshire East Swab Squad visited several busy areas in Handforth handing out home testing kits. In just a few days, the team gave out over 900 lateral flow kits in the area. I would like to personally thank all of those people who took kits and chose to act responsibly and support our attempts to stamp out Covid in Cheshire East.

"We have already seen that despite that initial fast rise in Handforth we have brought that relatively minor spike under control with additional testing provision, which is great to see, and shows that keeping each other safe really is "in our hands."

Cheshire East Council deputy leader, Councillor Craig Browne said "Around one in three people with Covid-19 have no symptoms so residents really do have a crucial role to play by simply testing regularly. People sometimes refer to testing as trying to find the needle in the haystack but that is exactly what the test & trace team at Cheshire East Council are trying to do because one case can very quickly escalate into a large outbreak."

The council has a range of testing options for residents: via visiting a testing centre or to collect home-testing kits for asymptomatic tests, and several testing sites available for tests for those with symptoms. These can be found by visiting www.Cheshireeast.gov.uk/covid-testing

Cheshire East Council has created a self-isolation support guide and can offer a range of support for anyone who is required to self-isolate following a positive test.

Updated Saturday 29th May: The temporary mobile testing unit has been extended until Sun 6 June, anyone with no symptoms can get tested at Handforth Youth Centre, Old Road, SK9 3DA. Open daily 10.30am - 2.30pm (including weekends) for your free PCR test.