Decision due on plans for new residential development in Handforth 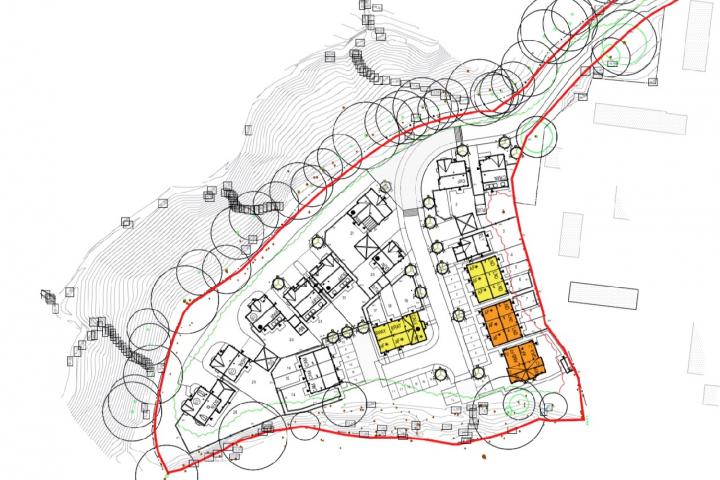 Plans for a new residential development on Sagars Road in Handforth will be determined by the Northern Planning Committee next month.

Morris Homes have applied to build 26 dwellings, of which 13 will be affordable, on the site of the former Knowle House which was demolished after a fire in 1996.

The vacant site covers an area of approximately 1.07 hectares and is located within the Green Belt.

Twenty-two letters were received from local residents and interested parties objecting to the proposal on the following grounds: no more development is needed in this area; major disruption already being experienced due to adjacent housing development of 250 houses; local infrastructure cannot accommodate increase in population; increased traffic and risk to safety; loss of open space and inappropriate in the Green Belt.

Seven were received supporting the proposal for the following reasons: affordable housing is exactly what people need; the site needs developing as it is a blot on the landscape; ideal for young first time buyers; land has no visibility to the public, has no pasture or crop fields, no woodland and would have no material impact on its natural surroundings.

Handforth Parish Council had no objection to the plans stating "The site is brownfield and currently derelict, overgrown and an eyesore. The developer is proposing a 50% affordable homes allocation from 26 dwellings."

Styal Parish Council objected to the planning application on the grounds that the proposed development is on greenbelt land.

The Planning Officers is recommending the Northern Planning Committee refuse the plans at their meeting on Wednesday,7th April, due to Green Belt impact.

In a report prepared for the meeting the officer concluded "The introduction of 26 two-storey dwellings will result in substantial harm to the openness of this site and the wider Green Belt. This harm to the Green Belt is considered to be so substantial that it is not outweighed by the social benefits arising from the provision of 50% affordable dwellings and the identified enhancements to biodiversity."

Plans for a residential development of 20 dwellings and associated works on the site were refused in January 2014.

The plans can be viewed on the Cheshire East Council planning portal by searching for planning reference 20/3562M.

Sheila Grindrod
There are more than enough developments going on in the area at the present time, with the carrot of affordable housing!! The infra structure is not in any fit state to accommodate further developments let alone the ones that are currently being constructed.

Andrew Backhouse
I wish they would push to build social housing - so many people cannot afford what they call 'affordable' housing, which seems to be a bit of a con from politicians that do not want the 'poor' to have good housing at a reasonable cost. The 'poor', of course, including all those care workers, NHS staff, and zero hour contract workers.....

Mo Jamil
Only 20 odd objectors for overdevelopment of a greenfield site? Where are the 100+ nimbyists, MP Ester mcVey, anti development councillors and wilmslow town council gone who had objected to a new care home on a brownfield site on Handforth road?

Jean Berman
I agree with Andrew it’s social housing that is needed. There are enough bigger houses being built at the moment. Give the others a chance

Lynne Prescott
I really don't know what these planning officers are smoking? yes to a commercial development for an unneeded purpose (locally) in a purely residential area whose parking doesn't meet even the council's own paltry guidelines. No to affordable homes in a brownfield site that is indeed an eyesore, adjacent to 250 homes which were built on green belt belt but apparently that was OK? its Ok Mo, you got your money - 20 pieces of silver as I recall, so don't you worry

Mo Jamil
@Lynne, are you feeling a tad jealous? it’s ok you had your say and reason and justice prevailed.

Thanks for sharing your expert understanding of planning and local knowledge.

A few points though. This is not a greenfield site. It is clearly a brownfield one.

Finally, please remind me how many affordable beds are in the new care home?

Peter Davenport
Do not forget , all this extra building is causing the sewage systems around the Borough in to a state of overload, as, daily, along Deane Road, there are at least 4 to six large tanker wagons transporting excess from the Prestbury sewage farm, probably to Davyhule, and repeated from the Wilmslow plant to Alderley's and all I hear from councillors is that it is United Utilities problem, but who pays for the work to be done. Hopefully the tax payers will rebel. And sort the desk warriors.
Peter Davenport

PS do not forget all the vehicle journeys produce pollution

Laurie Atterbury
50% unaffordable; how can they expect to sell them?

John Harries
Mo Jamil,
Spreading misinformation again?
..."Where are the 100+ nimbyists, MP Ester mcVey, anti development councillors and wilmslow town council gone who had objected to a new care home on a brownfield site on Handforth Road". Apart from your directly vested financial interest in that site it was certainly not 'brownfield' and you darn well know it.
You and your partners have worked the system so good luck if you manage to fill your new care home project but if it goes west (as I suspect it very well could) I repeat (and sincerely hope) that you never ever get a Change of Use planning application agreed.
The Sagars Road site however essentially IS 'brownfield' so it could be either landscaped back to nature with planning for whatever building footprint exists (a nice thought with zero to almost nil chance of ever coming about) or go for domestic dwelling development - that would then infill the whole of what was almost entirely greenbelt that is bounded by Stanneylands Road through from the Bollin Valley to Styal - I hope our planning representation are proud of themselves because residents (and I don't know where you live...) will be forever blighted by traffic congestion misery and overstretched public resources that they (and people like yourself) have created.

Laurie Atterbury
50% unaffordable; how can they expect to sell them?