Funding for community speed watches in Wilmslow and Alderley Edge 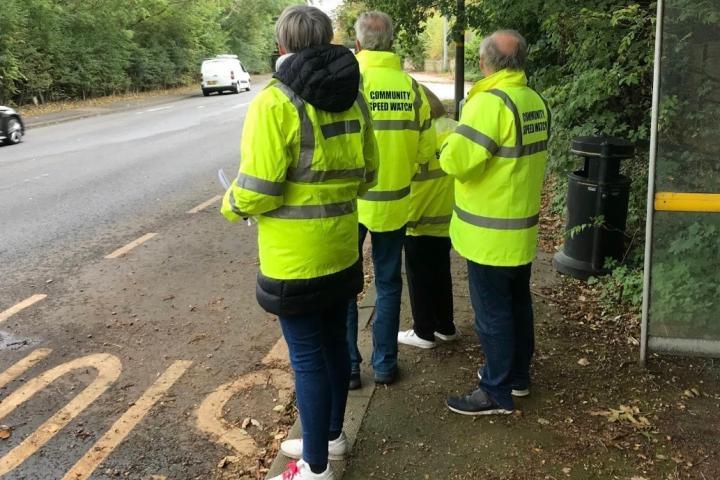 Community speed watch schemes in both Wilmslow and Alderley Edge have received funding to help make roads in the areas safer.

The funding, from the police and crime commissioner (PCC) David Keane's Community Police Fund, will allow a new community speed watch scheme to be set up on Prestbury Road in Wilmslow.

The grant will fund the purchase of speed guns and high-visibility vests for local residents who will volunteer their time to work with Cheshire Police to reduce speeding on the 30mph road.

It follows concerns from local residents about the number of motorists speeding on the residential road.

In their application for the funding local PCSO Hails and PC Mullin said: "The speed watch scheme will help to drastically reduce speeds along the road, with many drivers going well over 40mph in the 30mph zone.

"With more regular enforcement from police along with the support of local volunteers, this should reduce speeds on the road and keep residents and drivers safe."

The existing community speed watch scheme in Alderley Edge has also received a grant from the same fund to purchase more equipment.

The funding will pay for community speed watch signage along Wilmslow and Congleton Roads, temporary signage for elsewhere and an additional speed gun.

David said: "I know that road safety issues, and in particular speeding, are a major concern for the majority of residents across Cheshire.

"That's why I've made it my priority to make our roads safer. Although deaths and serious injuries on Cheshire's roads have reduced by 38 per cent over the last five years, there's always more we can do to make things safer for drivers and pedestrians.

"Community speed watch is an incredibly important scheme that enables committed members of the community to work with Cheshire police to make sure roads in their area are safer for their fellow residents.

"We know that areas where community speed watch scheme have been implemented tend to see a reduction in road traffic collisions so there's clear evidence they work.

"I'm pleased that my Community Police Fund can support these schemes and encourage the local community to work closely with their local police teams to improve community safety and confidence."

The Community Police Fund is a new fund which has been provided to all 122 policing communities in Cheshire. Community police officers and Police Community Support Officers (PCSOs) have been working with local residents to develop bids of up-to £1,000 to fund projects which address local issues.

The fund has been developed using money seized from criminals under the Proceeds of Crime Act (PoCA) 2002.

Clive Cooksey
Why are the misery martins afraid to show their faces? If you are proud of what your doing then show yourselves, & buy red flags to walk in front of vehicles.

Laurie Atterbury
Why does it take 4 blokes to observe the traffic? I've seen the police do it with just one officer?