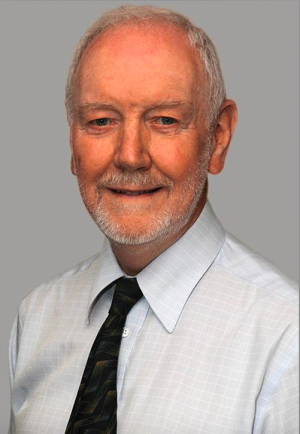 A vote of no confidence in the Mayor of Cheshire East Council will be held on Wednesday, 17th February, after a chaotic Handforth Parish Council meeting he attended went viral.

Millions of people have viewed clips of a planning and environment meeting held via Zoom on 10th December, after it was posted online last week.

The meeting, which quickly descended into chaos with members trading insults and removing each other from the call, attracted national coverage with the host Jackie Weaver having given dozens of interviews, including an appearance on Loose Women today (Wednesday, 10th February).

The motion goes on to state "The work that has been done at Cheshire East over the last 3 years with the cooperation and commitment of all Members and officers to transform its culture and reputation from one of bullying and intimidation has been undermined by this sad episode.

"The inaction of the Mayor could be seen as a demonstration of his complicity in the bullying that occurred, and this cannot be ignored if the integrity of the Brighter Futures Programme is to be maintained. The role of Mayor is one that should promote Cheshire East Council, its residents, and its businesses across the country.

"In accepting the role as representative of Her Majesty Queen Elizabeth, the Mayor should be mindful at all times of his reputation and of those he represents. Sadly, the recent highly publicised events have shown that this has not been the case for Cllr Mr Barry Burkhill.

"Motion In light of the above this Council resolves that it has no confidence in the Mayor and that his term of office as Mayor and Chairman of the Council will cease immediately."

Julian Barlow
It’s not unusual nowadays for someone to have their reputation ruined based on a few seconds of social media content.

However, a few years ago I had an issue with the CEC planning department and Barry Burkhill ended up getting involved. He was a fantastic help and guided me through the process when I had to address the planning committee- Something that might otherwise have been quite daunting. I have to say that I found him to be a thoroughly decent bloke.

Richard Armstead
There is a history of malign personal attacks on Cllr. Barry Burkhill originating but not limited to the events surrounding the May 2019 local borough elections.

My personal experience is that Handforth residents could not ask for a more public spirited, genuine, hardworking and caring councillor to champion their concerns and expectations.

To more recent events. The whole outcry stinks and I now smell a conspiracy to oust Councillor Burkhill.

This started with the 'recruitment' of the mercenary from Shropshire by persons unknown (as yet) and continues with this Conservative witch hunt to take full advantage of this most distasteful episode. Politics at it's worst.

I look forward to the Council's wide ranging, forensic investigation and the leader's take on recent events. I am also interested to see the Independent Group's response to this vitriolic personal attack on one of their own.

Henry Mott
Dear Richard, While I agree malign personal unprovoked attacks on people working hard for their communities are unacceptable, the people Mr Burkhill has aligned him self with have perceptually divided and frustrated the village. Indeed, such a senior councillor should have been expected to bring the PC together, without the need for Mrs Weaver to be helicoptered in. It would be interesting to think that Handforth PC is the epicentre of a mass Conservative conspiracy. However, the key point within this saga and the whole reason Mrs Weaver was involved is the current investigation, which started before this went viral. This investigation is regarding the mismanagement of HPC and possible unlawful actions. Obviously, the results of that investigation will be interesting and illustrate why there has been such an outcry.

Patrick Prinsloo
The vultures are circling.
Barry has been a great councillor and advocate for the area for a considerable number of years and this should outweigh what appears to be a contrived spat designed as part of a power grab by those opposed to independent representatives on the council.
Vote this motion down.

Andrew Backhouse
I think that, whilst the media has overegged some aspects of the Parish Council issues, I know, from having attended the meetings on occasions that the council is not functioning effectively, with the Chair not hearing other people's points of view, and working just with his friends. Barry has had a lot of experience of bigger councils, and it is a big disappointment to me that he has not been doing using that well enough to build bridges. He has done a lot for individuals in Handforth in the past, but it is becoming obvious it is time to retire - and interesting that when we have had younger folk on the council, they have not stayed, feeling the atmosphere is too toxic. So, whilst I would not support this motion, I look forward to the next election.

John Harries
Regardless of the deserved references to his previous good Council work Cllr. Burkhill along with the current HPC need to stand down. 'They' may have been bushwhacked by Jackie Weaver (and whoever on the Council invited her) but their behaviour, now so widely broadcast, was not becoming nor appropriate and I'm sorry to say did expose a certain arrogant and aggressive attitude in a very public manner - you can't take it back once it's out there in the ether!
I'm very strongly in favour of independent representation at the local level and although I would go 'blue' in a General Election I'm sorry to say 'blue' at the local level IMHO has failed us big time here in Wilmslow, Alderley Edge and Handforth. So do the right thing HPC, stand down en bloc and should you feel you will get support, trust to your record and stand again in the upcoming elections - not a great deal will be lost to the community meantime since C-19 has disrupted much of our civic life anyway.

Christopher Dodson
John Harries says that Conservative members of the parish councils have "failed us big time in Wilmslow, Alderley Edge and Handforth".
I can't speak for either Alderley Edge or Handforth but I was honoured to be elected as a Conservative member of Wilmslow Town Council from its formation in 2011 until 2019. During that time the Conservative led Town Council, with in most cases some welcome support from independent councillors, brought the Citizens Advice Bureau back to Wilmslow, built the much used toilets & refreshment kiosk in the Parish Hall car park, facilitated the return of the Rex Cinema, put planters round the town, engaged a handyman & supported the food bank at St Bart's Church (among other things) & kept the Town Council precept one of the lowest in Cheshire East.

Diane Holcroft
Yes, it was a circus but with a sense of humour it could be overcome. Monty Python, if they could regroup would make it all worthwhile. Then with the world fame Handforth now has maybe a movie is next?