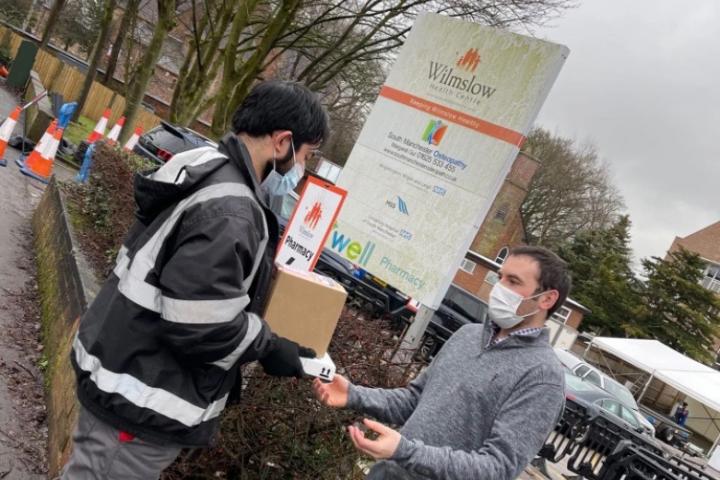 A partner at Wilmslow Health Centre says it is unfair to treat the whole of the North West in the same way following confirmation from the NHS that the supply of Covid-19 vaccines to the region will be cut by around a third next month.

The NHS has confirmed that the supply of Covid-19 vaccines to the North West will be cut by around a third next month. According to the NHS the weekly supply to Greater Manchester, Lancashire, Cheshire, Merseyside and South Cumbria will be reduced from 310,000 vaccinations per week to 200,000 by the second week of February.

The Health Service Journal (HSJ) reported that the decision has been taken as a result of national shortages of the vaccine and in order to enable other regions to catch up with vaccinating the priority groups.

The Department of Health and Social Care told HSJ that deliveries were being targeted to areas where more people in the priority groups had not yet been vaccinated.

Dr Fari Ahmad, Partner at Wilmslow Health Centre said "While it's good news the North West has done well with the jabs so far, it's not fair to treat the whole of the Northwest as one uniform area and penalise success by limiting further deliveries.

"While here in Wilmslow we are making reasonable progress and now moving on to our over 70's, we still need regular deliveries to get all of our population covered. We are able to vaccinate much faster and get to our younger patients much quicker if we have more regular vaccine deliveries. Staff have given up annual leave and cancelled other commitments to prioritise vaccination. Give us the vaccines and let us get on with it."

An NHS North West spokesperson told wilmslow.co.uk "The North West is being fully supplied with all the vaccinations needed to offer vaccination to everyone across the region aged 70 and above, as well as clinically extremely vulnerable patients, and health and social care staff.

"Our job is to get them vaccinated by mid-February so targeted deliveries are being made to areas where there are more people left to vaccinate in the priority cohorts."

A Government spokesperson told wilmslow.co.uk "From the outset we promised that vaccines would be distributed equitably right across the country, ensuring the most vulnerable people in each area are offered the vaccine first – and that is what's happening.

"To ensure all of those people in the top priority groups can get vaccinated quickly, targeted deliveries are being made to areas where there are more people left to vaccinate in the priority cohorts

"The vaccine supplies the North West will receive will remain in line with the proportion they've been receiving, and will allow them to cover priority groups 1-4 by 15 February.

"We remain in close contact with all of our vaccine suppliers and are on track to offer first doses to the top four priority groups by mid-February in all parts of the country. Our approach so far has ensured we've vaccinated more people than any country in Europe."

Raymond James Wallace
The way the Covid Pandemic has been dealt with by this Government, it’s only a matter of time before it starts to go tits up.

James MacDonald
A very pragmatic and sensible decision. We have no greater right in the NW vs the rest of the country. The vaccine needs to be distributed as evenly as possible to the priority groups as long as vaccines are used before they expire. Some people love a good whinge. If you want to see real problems with vaccination then look across the channel, the EU and France in particular are having a nightmare.

Brian Hall
I wonder how the supplies to the south-east, especially London, have been affected??????

Peter Croome
Just be greatful that this country is certainly leading Europe in vaccinations - and give credit where it is due. Would you rather be in France?

Lynne Fowler
Brian Hall - does your over-use of the ? imply that you think London has had more than their fair share? - it hasn't, and in some areas delivery is lagging behind. I live in London (I visit Wilmslow regularly) and as an 'over 70 / 'vulnerable' I've just had my first jab today. Perhaps your finger got stuck to the keyboard!

Simon Worthington
Quite right. I have little in common with most of the residents of the North West.