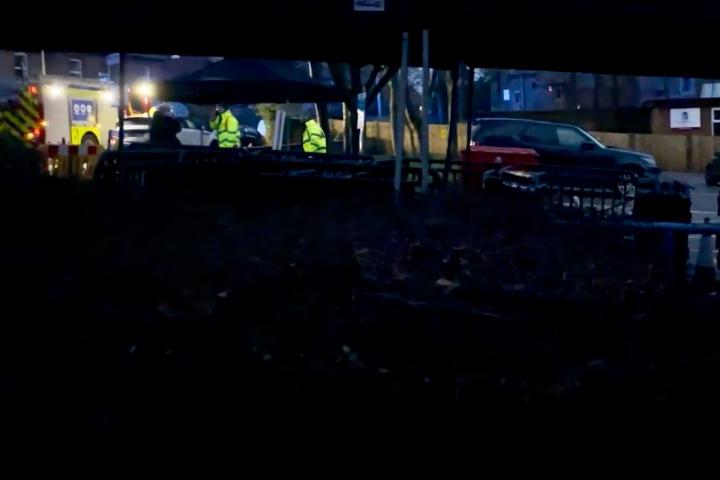 Having received a delivery 2000 vaccines on Tuesday, medical teams prepared for the two days that followed during which over 1000 patients from across Chelford, Handforth, Alderley Edge and Wilmslow were expected to trickle through Wilmslow Health Centre to be vaccinated against Covid-19.

However, without warning, the nearby electrical substation exploded and power to a large chunk of Wilmslow was lost, including Wilmslow Health Centre.

With a fridge full of warming vaccines, Wilmslow Health Centre put out a call to the other four practices of CHAW Primary Care Network. Within minutes, dedicated GPs and managers from all four local practices were on site in a desperate attempt to save the vaccines.

Frantic calls were made to try to save the vaccines as the team came together to ensure valuable vaccines were not lost to elderley and vulnerable patients.

Finally, a call to Well Pharmacy at Lindow Parade was made and a temporary home for the vaccines was found. Policewoman Jessica, who was attending the scene of the explosion and who is an ex-receptionist at Wilmslow Health Centre, kindly helped transport the vaccines to the pharmacy.

After a couple of hours of double checking temperature logs from data loggers accompanying the vaccine, CHAW PCN and Cheshire CCG were able to confirm that the vaccine had been saved.

Over 1000 more patients received their vaccinations safely at Wilmslow Health Centre over the subsequent two days.