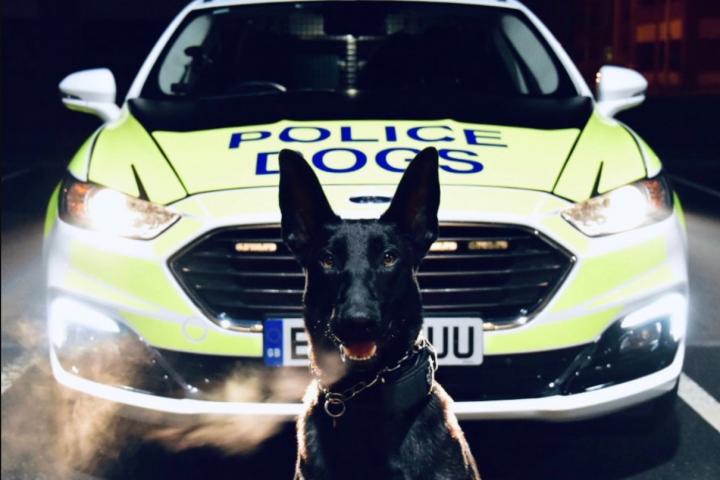 A Wilmslow man has been arrested for drink driving in the early hours after being tracked down by a police dog.

The driver abandoned his vehicle and made off from patrols on Thursday, 10th December, but Toro quickly found a track taking his handler straight to Mr Stocks who was hiding in nearby woodland.

A police spokesperson said "At 2.28am on Thursday 10 December police stopped a black Ford Ranger on Brereton Road, Handforth.

"The driver of the car was subsequently arrested on suspicion of drink driving.

"Oliver Stocks, 33, of Springfield Drive, Wilmslow, was charged with the offence and released on bail. He is set to appear at Stockport Magistrates on 4 January 2021."