Appeal will be lodged against refusal of care home plans 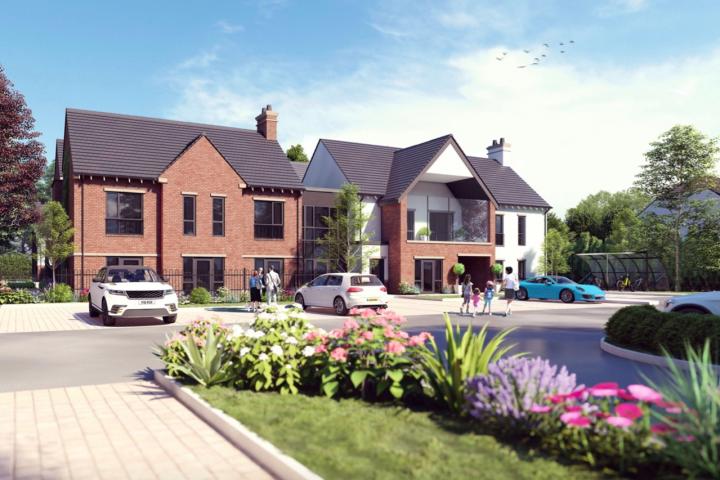 A care home provider has confirmed they will lodge an appeal against Cheshire East Council's refusal to grant them planning permission to build a care home on Manchester Road.

Earlier this month, members of the Northern Planning Committee went against the Planning Officer's recommendation and voted by 8 votes to 2 to refuse Care UK's plans which involved demolishing two detached homes with detached garages at 107 to 109 Manchester Road and replacing them with a care home containing 60 ensuite bedrooms.

The scheme included a hairdressers, café and a cinema on the ground floor along with lounges, dining rooms and flexible day rooms on all floors.

A Care UK spokesperson said: "We are disappointed that our planning application for a new high quality care home in Wilmslow has been refused at committee despite being recommended for approval by the officers who reported it was compliant with planning policy. We will be appealing against the committee's decision to refuse our application – particularly as we have been led to believe that this scheme is better located and designed than another recently approved on appeal.

"Our research has clearly shown that the number of care home places available in the area at the moment do not reflect the future trend and that there is a proven, growing need for new care homes in the Wilmslow area in the future and we would very much like to help meet that need."

Objections were received from 145 properties who raised concerns regarding a lack of car parking, highway safety issues, poor drainage, doctors' surgeries in the area will be overwhelmed, there is not a need in the area for additional care homes, loss of light and overlooking to surrounding adjacent neighbours, the building will be out of character with the surrounding area and public transport is lacking to the site.

Wilmslow Town Council recommended refusal of the application on the grounds of overdevelopment of the site within a low-density area and being contrary to Policy NE6 of the Wilmslow Neighbourhood Plan with regards to garden development. They stated "The development is out-of-keeping with the streetscene, particularly in terms of mass. The proposed parking provision is of poor design, insufficient and contrary to Cheshire East Council's policy in respect of care home parking provision."

Roger Bagguley
I am not at all convinced that the evidence so far submitted indicates a proven need for yet another 60 care home beds IN THE WILMSLOW AREA and invite Care UK to publish their research. What is important here is not a comparison with the Handforth Road decision at Appeal but the material reasons for objections raised by 125 Wilmslow residents and Wilmslow Town Council taken into account by members of the Northern Planning Committee in reaching their decision.

The pretty picture painted of this application in the glossy brochures does not represent the truth. This proposed monstrosity will totally dominate the area and blight the lives of immediate neighbours.

Chris Neill
Agree 100 % Roger. This couldn't care less care home company, will try to barrage it's way through the system and impose their will, without any consideration for the neighbourhood and the environment. The boss wouldn't build it next to his own house.

Catherine Dixon
Not at call sure about the demand for residential care locally. In the same edition of this news, we have a 60+ care home being built just further up the road. COVID has seen significant vacancies in many care homes as people have died from the virus and others are reluctant to move in - due to the risk of getting COVID and families being unable to visit. The idea of large-scale residential care is losing its appeal (if it ever had any). More people need to know about the alternatives for staying in your own home with support, eg employing personal assistants, either self-funding or through direct payments from the council and/or the clinical commissioning group.