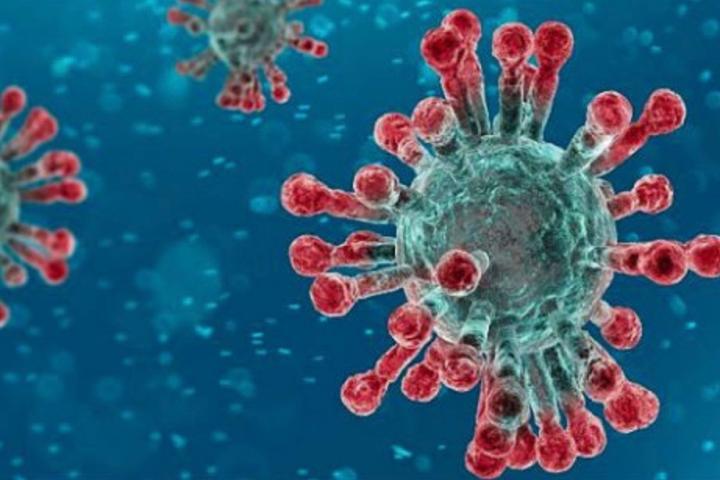 Cheshire East Council has exceeded an average of 50 infections of Covid-19 per 100,000 of population for the first time, which is the trigger point for the government to alter the borough's rating from amber to red - the highest level of risk - and add Cheshire East to national watchlist.

Every Friday Public Health England publishes a weekly list highlighting which areas are of greatest concern across the country, these are separated into "areas of concern", "areas of enhanced support", or "areas of intervention".

Having noted the comments made on both alderleyedge.com and wilmslow.co.uk this week regarding the Council seeking additional local powers of enforcement to try and control the spread of the coronavirus across Cheshire East, the Deputy Leader has confirmed what is being proposed.

"Public Health England (PHE), using a traffic light system, allocates a RAG (red, amber, green) rating to each local authority in the country; these ratings take into account the number of infections per 100,000 population and the rate of increase in infections over the previous 7 days. Thanks in large part to the way in which residents of Cheshire East have observed government guidance so far, Cheshire East has remained the only area within Cheshire and Merseyside not to have a red rating.

"This morning, that has changed. For the first time, Cheshire East has exceeded an average of 50 infections per 100,000 of population and this is the trigger for PHE to alter our rating from amber to red. It is also the trigger for the borough to be put on the government's "watch list". it is important for everyone to understand that once a local authority is on the watch list, the next step has usually been for the government to impose a local lock down (as has been seen in Greater Manchester, Lancashire and parts of the northeast).

"Whilst the vast majority of Cheshire East residents have taken sensible not meeting in large groups, we are aware that there are businesses, notably within the hospitality sector, that have persistently failed to comply with national legislation. We have therefore sought the ability to carry out additional enforcement activities in a targeted way and for a time limited period in an attempt to address this issue.

"Another lock down would be devastating for many small businesses; it would likely cost jobs and livelihoods and is something that Cheshire East Council is anxious to avoid, in the interests of all its residents. By seeking from government specific, time limited enforcement powers to ensure that all businesses comply, we hope to avoid a second lock down, which has the potential to cause long term damage to our economy and our communities.

"In this, I would like to ask for your patience, understanding and continued support."

Anubha Vij
Most People in Wilmslow and Alderley Edge follow the 2m rule. However many school children and the Youngsters Walk straight toward you and never step aside. Some of them are looking at their phones and totally engrossed.

Gillian Slater
Unfortunately I Agree with Vij. The exception being that its not just young people walking towards one. in the town i notice many people walk by me or in pairs not bothering with single file. i dont believe these people 'Get It'.

Kareem Masdoon
Gillian this is not Saudi Arabia a woman does not have to walk 6 paces behind her man. I have seen no guidance or restrictions stating that people from the same household or even support bubbles may NOT walk side by side whilst in town. We do not all have to walk in single file whilst out strolling.

I think the point that Gillian and Anubha Vij are making is that often people will not observe the Govt. advice to maintain social distancing whilst out and about - so, on a narrow pavement with two couples converging on each other, it would be courteous to briefly adopt single file (whilst passing) in order to maintain safe(r) distancing.

Regrettably, many do not do this and so (according to Govt. advice) risk passing on the virus.

Kareem Masdoon
I can tell you as a Medical Doctor that the chances of contracting this or any virus from a 2 second passing exposure in the open air on a street (even on a narrow pavement) is neglible... if one is so worried perhaps wear a mask.

Peter Croome
Having ventured to an emminent Pub in Mottram St. Andrews for supper last week where the owners had clearly stated "what, when and how" their patrons should behave, we were astonished to see two idiots stroll in without wearing masks. The door to "the Ladies" had a clear sign stating one person in and out at a time - so two elderly ladies and a dog went in there!

Kathryn Blackburn
Do you think that the few minutes between standing and sitting in a pub with and then without your mask will make a jot of difference to the outcome. If you don't want to get burnt don't go near a fire.

Simon Worthington
"Cheshire East Council has exceeded an average of 50 infections of Covid-19 per 100,000 of population"
THERE IS NO TEST FOR THE ILLNESS COVID19. THE TEST IS FOR THE VIRUS SARS-CoV2. Which produces false positives. Please try to help the unenlightened.
I had to don the face nappy(which has lived quite happily in my pocket for some time now) to exit a restaurant this lunchtime. Not one person within 5 meters of me.

Perhaps the cynical reopening of Universities has encouraged the fast "increase" in virus cases. This acceleration in cases has occurred since early September not since what was left of business reopened in July. Maybe the massive financial problem that would have been the result if thousands of our "brightest" had not signed up for and paid out taxpayers cash for non existent tuition and over priced halls of residence forced our "leaders" into a position which would have lead to the welcome demise of some of our useless Unis and the unemployment of the third rate lecturers etc. so they let the mugs attend. Then tried to lock them up.