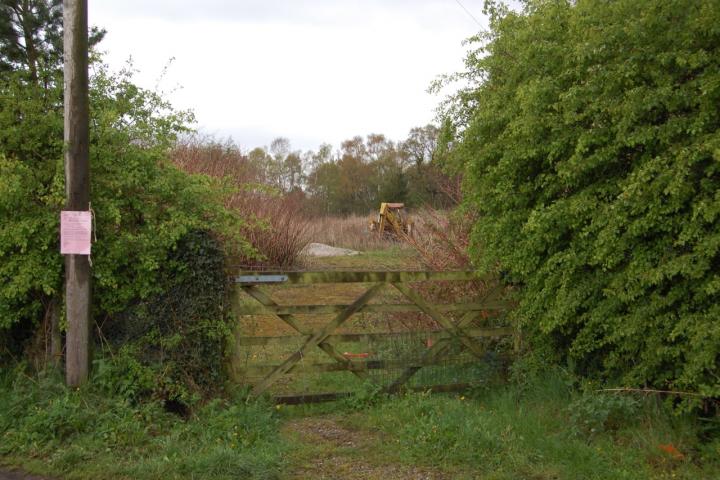 Plans have been submitted for the erection of a block of 5 stables along with a tackroom, paddock and associated parking on a site off Moor Lane.

BCC Properties are applying to build the development on vacant land which was previously earmarked for the development of a gypsy site. The controversial plans to change the use of the open land for the stationing of caravans for residential purposes for a gypsy pitch, a utility/day room and additional hard standing were refused for the second time in January 2013.

The Northern Planning Committee refused the application on the grounds that very special circumstances do not exist to justify inappropriate development in the green belt.

Green Planning Solutions, who were acting on behalf of Mr John Allen, subsequently submitted an appeal to the Secretary of State, on the grounds that a single pitch will create limited actual harm to the openness of the green belt which is outweighed by the lack of suitable and affordable sites in the area.

It is proposed that the stables will be open from 8am to 6pm seven days a week and employ 2 full-time and 5 part-time members of staff.

The plans can be viewed on the Cheshire East Council website by searching for planning reference 18/1449M. The last date for submitting comments is 13th June and a decision is expected by 3rd July.

Pete Taylor
An interesting proposal. Are any of the interested parties involved those who were involved before?

Richard Minton
Why is a Chartered Surveyor from Glasgow , applying for this, using a 2 director company?
who are they working for , and what is the ultimate goal, and who owns the land,is it still the Robinsons and this is another attempt to gain permission for a traveller site , via a change of use later on in the planning journey, ??

Wilmslow be very aware, and vigilant

Marcia McGrail
Ha! - they won't be content until they have concreted over every square inch of this once green & pleasant, will they? If what you reeeally want is a mansion, break the precedent by building a shed first....then wait. Cute.
I do hope that the council doesn't get badgered/bribed/browbeaten into eventual submission.