Changes to local bus services from next week 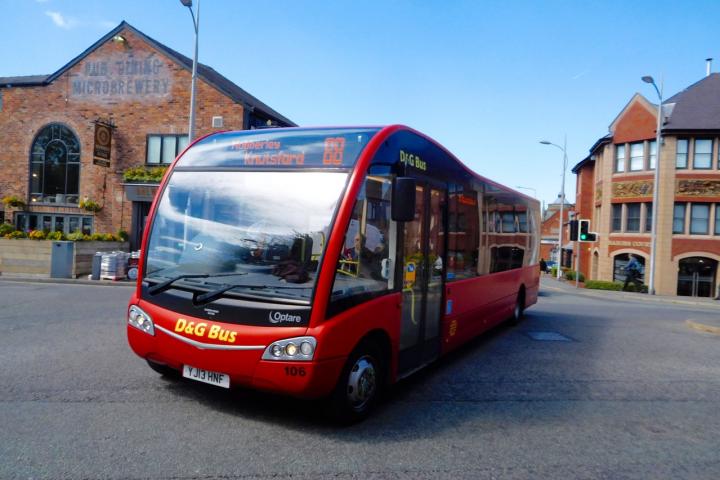 Residents are reminded that changes to bus services will take place from next week as a result of Council's bus service review.

In November 2017 Cheshire East Council's cabinet approved cuts to the borough's subsidised buses to achieve savings of just over £1m. Operators are also making changes to their commercial (not subsidised) bus routes.

All changes take effect from Sunday 1st April, although due to the Easter holiday period, the services will operate from Tuesday 3rd April.

The following local services will be affected:

There will be a new commercial service from April 1st which operates from Macclesfield - Wilmslow - Manchester Airport. The Wilmslow to Manchester Airport section of the route will follow the route of the current 200 service except that it will not serve Quarry Bank Mill grounds.

This service will be cancelled from April 1st. See new D&G 130 service above or Arriva's 130 service for partial replacement.

The 200 service will be cancelled from March 31st. The new commercial D&G 130 service will now go from Manchester Airport to Wilmslow via the same route as the 200 except that it will not serve Quarry Bank Mill grounds.

The full list of all changes and new timetables can be viewed on the Cheshire East Council website.

Changes to the Little Bus flexible transport (dial-a-ride) service have been delayed until later this year.

Chris Wigley
So there will be a new service Macclesfield-Wilmslow-Manchester airport which will partly replace the 200. Again Handforth is being neglected with no public transport connection to the airport. Yet Styal with it's small population will have a bus route.
This route really needed to be reconsidered. The service should have come through Handforth and used the new A555 when it is opened and gone to the airport and then on to the shopping centre at Wythenshawe.

Robert Bracegirdle
So much for any thought of encouraging public transport. More cars anyone?