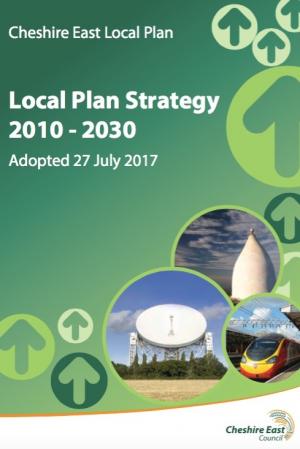 A High Court judge has dismissed a legal challenge to Cheshire East Council's Local Plan, which was adopted in July 2017.

An appeal from developer Muller Strategic Projects was dismissed after the court considered that there was no arguable case.

The challenge followed an external investigation into the Council's air quality monitoring procedures last year which found that serious errors were made as a "result of deliberate and systematic manipulation of data", which may have affected some planning decisions in the South of the Borough.

Muller Strategic Projects claimed that irregularities in air quality data had affected the selection of sites and distribution of development in the plan, however this assertion was dismissed by the High Court. The judgement concluded that shortcomings in air quality data did not affect the substance of the Local Plan. Accordingly, the claim was found to be 'not arguable'.

Councillor Ainsley Arnold, Cheshire East Council cabinet member for housing, planning and regeneration, said: "I am delighted that the court has found in our favour and that the challenge to our local plan has been dismissed.

"We were convinced that acknowledged shortcomings in parts of our air quality data had no bearing on the Local Plan – and this view has now been confirmed by the court.

"We can now proceed with certainty to properly plan for the new homes, jobs and infrastructure this borough needs – whilst ensuring we have strong policies to protect the character and quality of our local environment."

Pete Taylor
Property developer objects to a case which would have allowed unlawful developments, if proven. Not sure I understand this one.