Lest We Forget: January 1918 A bitter winter and a race against time 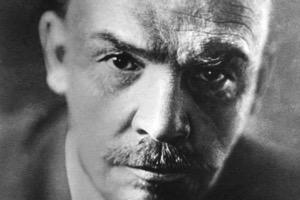 As the New Year was ushered in, peace appeared to be farther away than ever. New leaders had appeared late in 1917. Woodrow Wilson and David Lloyd George on the Allied side were joined by Georges Clemenceau, "the Tiger", Prime Minister of France (the 5th of the Great War) and Vittorio Emanuele Orlando, the leader of Italy. The cynical, battered French and Italian troops did not greet these appointments with much enthusiasm. Events, however, were to prove they were both made of sterner stuff than their predecessors.

Meanwhile, following the armistice of 15th December with Russia and the ensuing peace negotiations, the Germans regained the position they had secured for themselves in 1914, ie the strongest single land power in Europe. Meeting in Mons in November 1917 Ludendorf and the German High Command had decided already on a strategy for 1918. Given that the political collapse of the Russians had released 50 divisions of crack troops to fight in the west, Ludendorf decided to seize the initiative once the weather improved and destroy the British (now the strongest of their enemies) before the Americans could arrive in sufficient trained numbers to shift the balance of power. They realised that the British army was exhausted after Passchendaele and Cambrai and that the French had still not recovered from the effects of the Nivelle offensive. So learning from their success at Caporetto, the Germans prepared in secret in extremely cold, but fine, weather in January and February.

Diplomatic manoeuvrings continued almost everywhere in January. Indeed Wilson presented his famous "14 points" (the basis for peace negotiations later) to the US Congress on the 8th. Militarily things were quiet. Nevertheless our community lost 3 young men this month.

On the 18th Lance Corporal Samuel Henshaw (438604), who joined the 488 Field Company Royal Engineers in November 1915, died in a hospital in Darlington of acute pneumonia aged 25. He is buried in St Bart's graveyard after a service at St Philip's and remembered in a family grave there and at Alderley Edge. Before the war he was a gardener living in Chapel Road Alderley Edge with his mother Eliza and brother Henry, a joiner. His late father had been a farmer near the Macclesfield Road and his father was Alderley's first postmaster.

Hermies Hill British Cemetery near Bapaume, France, contains the grave of Private Thomas Caine Moore of the East Yorkshire Regiment, 7th battalion (29269) who died on the 25th. Born in Douglas, the Isle of Man he was the son of Emma and the late John of Witton, Northwich. He worked as a baker's apprentice before the war and was a member of the Army Service Corps(SS/1247) before transferring to the East Yorks. The memorials in Wilmslow and St Bart's mark his passing.

On the 30th Second Lieutenant Godfrey Jackson Mason died, aged just 21. A member of the 6th battalion, Lancashire Fusiliers (2689), his grave can be found in Gorre British and Indian cemetery near Bethune, France. He was the son of William James and Mary Eliza who had lived in Prestwich in 1901 before moving to Redcot , Styal in 1911. His father was a cotton cloth buyer. Godfrey is commemorated on war memorials in Styal, Wilmslow and inside St Bart's.

This month also saw 2 people in the local community honoured. In the New Year's Honours, Mrs Emily Hutton of Brookdale Military Hospital (now the site of Alderley Girls School) was awarded the OBE. Captain R F Cooper the son of the vicar, was awarded the MC for his part in a raid in the largely forgotten Salonika campaign, where for 3 years we held a 90 mile front to contain Bulgaria (an ally of Germany and Austria.

"They will not come" said Admiral Copelle, Secretary of State for the German Navy, "as our submarines will sink them." He was proved wrong, but it took until May 1918 before the American "doughboys" were able to fight in sufficient numbers to make a difference. In the meantime, the British were to face some extremely grim months in the first half of 1918.

Keith Chapman
Alan, thank you for taking the trouble to prepare this and your other very interesting posts on the Great War. It is humbling to think of the numbers of local people killed and wounded in that conflict. Not only should we remember them, but we should take on board the horror they faced. I wonder whether we could emulate their character today?

Gerald Norden
We live in a time where there is little or no respect for the sacrifice made by many brave British Servicemen who gave their lives for our freedom in the Great War 1914-18.
This is well demonstrated by the British Red Cross and McCarthy and Stone in recent times.

In Knutsford, after the Great War, Cuthbert Leicester Warren, gifted some land in the town for the building of a War Memorial to be dedicated to the memory of those who made the ultimate sacrifice, but also to serve as a local small hospital for the living, after the event.

The War Memorial Hospital was built by subscriptions generously given by many, many local people in Knutsford and the surrounding villages.

In 1948, the War Memorial was taken over by the newly formed NHS, as having a capacity as a medical facility with some 19 beds.

However, with the popularity of larger Hospital facilities, the NHS on a decision not requiring the War Memorial Hospital gifted it to the British Red Cross together with a "dowry" of £275K
to use it in some form of medical facility under the British Red Cross Banner.
The British Red Cross in time has decided that it has no further requirement for it, and identifying it as a useful revenue raising asset, for which it had not paid ONE PENNY for,
put it on the market for sale as a development opportunity.
McCarthy and Stone being the interested corporate buyer has produced plans to demolish the War Memorial and build a complex of their usual seniors housing.

Both the British Red Cross and McCarthy and Stone at their highest levels have been well informed of the history/background of the War Memorial .

From correspondence received they have no hesitation regarding demolishing the War Memorial for their commercial gain and demonstrate their total disrespect for the War Dead and they do not care a fig! So much for British Patriotism! Perhaps they are seeking an E.U. Medal of Honour as well from Mrs Merkel?

Jon Armstrong
This was something debated at the time. After the war, there was briefly a movement to found a cottage hospital in Wilmslow in memory of those who had died. However, those taking a longer term view were rightly concerned not just at the cost of founding it but at the cost of maintaining, manning and operating it in perpetuity, and worried that it would not be sustainable. Plans changed to instead build a conventional war memorial as we have today, albeit moved from its original location.

It's sad to that the hospital in Knutsford could be demolished, but I'm not sure what viable alternatives there are. Maintaining old buildings is costly would be more and more of a millstone around the Red Cross's neck, and I would argue their funds are better spend helping people. An what else would an organisation that don't run hospitals usefully do with a 19 bed hospital? They could rent it out to someone, I suppose, but they would still need to maintain it and this would be for commercial gain just as much as selling it.