Classic red phone box to be given a makeover 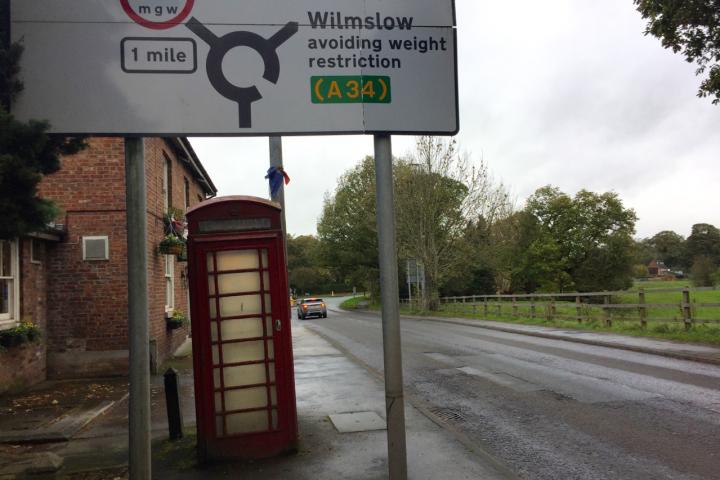 Wilmslow Town Council has agreed to refurbish the disused red telephone box located outside the Unicorn pub on Adlingtion Road.

Whilst the traditional British phone kiosk is a universally recognized icon, the one on Adlington Road was decommissioned some time ago and its condition has deteriorated over time.

Town Clerk Matthew Jackson said "A number of people have highlighted the condition of the telephone box at the Unicorn which hasn't actually had a telephone in it for some considerable time.

"This telephone box is no longer owned by BT, it is owned by the Community Heartbeat Trust who are effectively holding the phone box because they don't want them disappear without the local community deciding if they actually want to do something with them."

Wilmslow Town Council agreed at their meeting on Monday, 16th October, that they would refurbish the box using paint which would be provided free of charge by Crown Paints and will fund the replacement of the existing perspex glazing with glass at a cost of £890.

The work will be undertaken by the Town Council's handyman over the coming months as weather allows.

The potential use of the interior of the box will be considered over the coming months.

Clive Cooksey
Excuse me, if its DISUSED what the point? Say my iphone had run out, and I had gone to all the bother of trying to find a parking space to use the phone box~~only to find it useless. What is the point of a waste of paint.

David Hoyle
Complete waste of money. Can think of better things to spend the money on.

Steven Kingsby
What's the first thing you notice?
It's not the telephone box but the massive horrible road sign in front of it.

DELETED ACCOUNT
I think it is a great idea. Lots of these traditional phoneboxes are being given a make-over. Some are used to house defibrillators. This one could house an emergency first aid kit along with a defibrillator in order to be able to respond swiftly to the many accidents on the two roundabouts and Lees Lane.