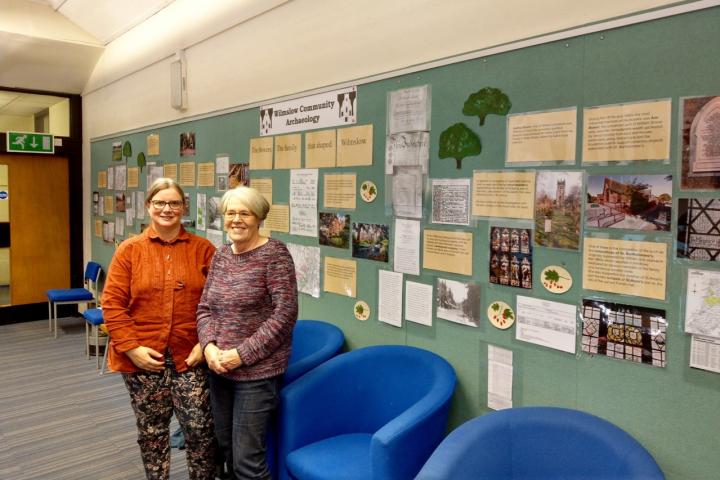 A new exhibition by Wilmslow Community Archaeology has opened at Wilmslow Library this week.

The exhibition, which was researched and designed by local volunteers and enthusiasts, traces the history of the Bower family over four generations starting with Ralph Bower who moved from the family farm at Great Warford to Wilmslow and started a spinning mill in a property next to the Parish Church. His sons went on to develop the family business to a considerable size which made them one of the wealthiest families in North Cheshire and Wilmslow one of the first town in the Northwest to have gas lighting.

Birgitta Hoffmann said "During our years of research in and around Wilmslow, the name of the Bower family kept appearing in the records again and again - usually as one of the people who were able to move events along and change the history of what was when they started a village of about 4000 very dispersed souls.

"By the time Ralph Bower the councillor died in 1900, the place had become a very prosperous suburban town at the fringes of Manchester, with a very international outlook on life and business."

Birgitta added "The family was very much engaged with the local churches and the creation of the schools at St.Bartholomew's and the church and school of St.Anne's in Fulshaw and in the last generation as members and eventually chairman of the newly created Urban District Council.

"Tracing the history of the Bower family through the original records of the 18th and 19th century revealed a family that emerged from the local area and remained true to their roots over 150 years and saw a lot of change in Wilmslow parish, a lot of which they had helped to create. "

She added "The amazing fact is that with this huge importance for the area, they have attracted very little attention in the past, possibly because they were neither titled aristocracy nor did they leave impression industrial structure, but instead an infrastructure framework, without which this town would look very different, whether it is through their generous gifts to local schools and churches, their far-sighted investment in the A34 turnpike or the creation of Grove Street as Wilmslow's shopping and business centre."

The exhibition will be open at Wilmslow Library until Friday 20th October during normal library opening hours.

Pete Taylor
Sounds very interesting- I must make the effort to go along.

Oliver Romain
I am pretty sure the Bowers are on the title of our Victorian home from when the land was developed. Is it bow as in bow and arrow or bow as in take a bow? I look forward to nipping down to have a look.