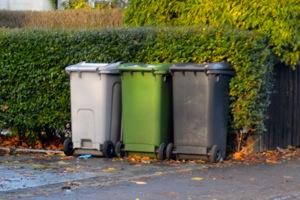 Following a cabinet decision in September 2015 a procurement process has been undertaken to seek a solution to recycling mixed household food and garden waste.

A preferred bidder has been identified which would allow food waste recycling in the garden waste bin from 1st April 2019. The revenue cost of processing garden and food waste through this bidders solution would be less than the current processing costs of this waste stream.

The solution would involve the allocation of land and a capital contribution by the Council for the construction of an in-vessel composting system on a 4ha site at the rear of Leighton Grange Farm, Crewe - adjacent to the existing sewage works.

The bidder would be responsible for the design, planning, construction and operation of the plant for a 15 year period after which the asset would revert to the Council.

The proposed process involves the aerobic composting of the mixed food and garden waste within a vessel to produce the same quality compost currently produced by the Council's garden waste system.

The Council would need to commit capital investment in order to make the scheme viable. The total Council contribution would be £5.5 million in addition to highways works, estimated at £500,000 to £1 million, and the purchase of food waste caddies, which would need to be supplied to the relevant households, costing approximately £322,000.

Cabinet is being requested to authorise all the necessary actions at their meeting on Tuesday, 9th May, in order for the collection and treatment of food waste to be introduced as a part of the garden waste bin recycling scheme.

Planning permission would be required for the facility at the Council's site.

Mark Russell
There's our black bin collection going to once a month! And another lump of plastic we need to find a home for, sorry "food waste caddies"

DELETED ACCOUNT
I don't know whose black bin has 40% food waste, - mine certainly doesn't. What are stews, casseroles, soups and risottos for if not to use up food left-overs? My black bin gets full up with the non-recyclable packaging that still comes with so many products. Local authorities need to start tackling this and also the growth in "disposable items".

Jon Armstrong
Mine does. I only generally put the black bin out about once a month anyway, and what little goes in there is certainly a high percentage of food scraps, out of date food, peelings, egg shells and stuff like that. It's the recycling and green bins that are usually full to the brim every fortnight. I generally put the black one out about once a month and even then it's rarely more than half full.

Barry Stafford
Yes ,my neighbor and myself share one black bin. But fill nearly 2 grey. I will not have a food scraps caddy inside my kitchen,if thats the idea.Also we have already 6 bins for 2 flats. Which are an eyesore.

Stuart Redgard
In principle a good idea, as I have seen how it works in Trafford. But obvious concerns are reduction in collection of black bin, and will the "green bin" collection still be discontinued in the winter months. We will just have to wait and see. Maybe CEC can finally come up with a money saving scheme to redeem itself from past failures!

Mark Goldsmith
This seems to be a garden / waste combined collection. Therefore, we would not have a new food waste bin. Instead we just put any food scraps or peelings into the garden bin.

James MacDonald
My green bin is full every fortnight so no room for any food scraps. Waste food will remain in the black bin unless they provide a second green bin.

Estelle Lewis
No! Not another bin! I have no room for more than the two I have. I have very little waste food (banana skins, apple cores, orange rind) and absolutely refuse to have a waste bin for scraps in the kitchen as when I tried it before the thing filled up with fruit flies which flew out each time I opened it. Yuk