End of an era for family run garage 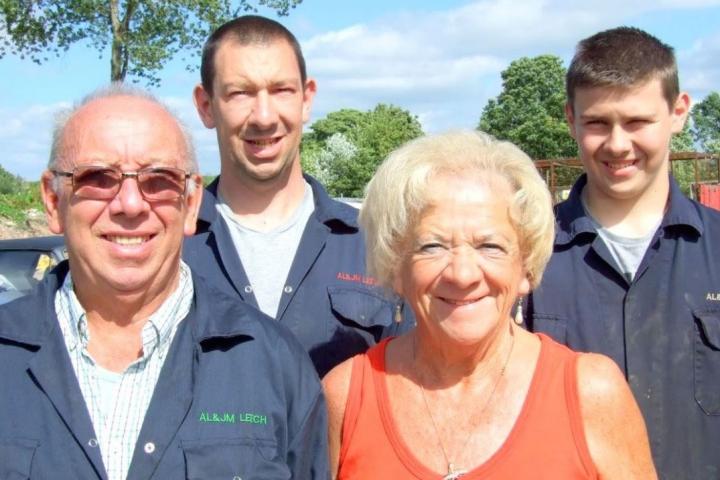 A Wilmslow garage that has been operating for over half a century closed its doors for the last time on Friday, 12th August, to make way for a new residential development.

AL & JM Leech Motor Vehicle Repairs of Moor Lane has been servicing and repairing the vehicles of local motorists for 52 years.

The family business, which was situated next door to the now defunct Ned Yates Garden Centre, has for many years been run by Alan Leech, his wife Julia and son Andrew.

Alan who will be 74 in November, started work in 1958 having serving his apprenticeship at Manchester Garages in Wilmslow.

Alan said "We decided to go on our own as a business in 1964. In 1980 we had a workshop in Brown's Yard near the Wilmslow railway viaduct. We spent a few years there but unfortunately had to vacate the site when the A34 bypass was constructed.

"I used to be the vice- chairman of Highways and ironically I was on the committee that gave permission for the new bypass to go right through our workshop.

"However, I maintained a fleet of vans for Ned Yates Garden Centre at the time and Trevor Jacques, the owner, kindly let us use this workshop from the 1980s onwards."

When Alan began work in the late 1950s the car of the day was the Ford Popular which was definitely the car of the era. "I can service those in my sleep" he says with a wry smile. Other early vehicles he remembers working on in particular were the Ford Consul Mk1 and the Triumph Herald.

Alan and Julia have always enjoyed travel and have a motor home so in their retirement they are planning a number of holidays touring Britain.

Photo: Alan and Julia with their son Andrew and grandson Adam.

Tim Mullock
Alan Andrew Julia thank you for all your help over the years.

Bob Bracegirdle
Gosh I feel old. They started just as my Dad was thinking of retirement from his garage in Water Lane, which was 50 years old then.

John Featherstone
another good tradesman gone, good mechanic and nice family all round nice enjoyed many a chat with al and Julia and the dogs over the years youll now become a house husband like us all keep your pecker up mate john ha ha ha ,