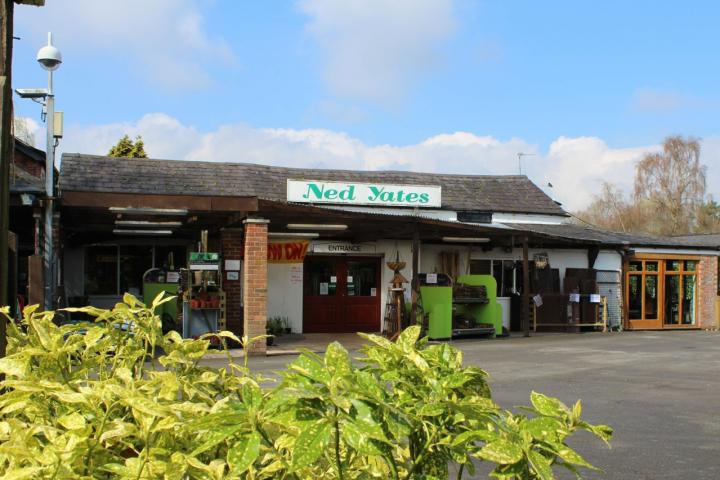 Plans for a residential development on the site of a former garden centre will be considered by the Northern Planning Committee next month.

Elan Homes are seeking permission to build 14 houses on previously developed site in the Green Belt off Moor Lane. The two-storey family homes consist of 10 detached houses and 4 bungalows.

The 0.81 hectare site currently contains a number of buildings and structures associated with Ned Yates Garden Centre, which ceased trading in 2014, Jacques Landscaping, a car repair business along with areas of hardstanding, storage and car parking associated with those uses.

Whilst part of the site is still in use as a landscaping business it no longer provides a viable trading place for business so the company plans to re-locate nearby.

It is also noted that the development would provide benefits in terms of much needed housing which would help in the Councils delivery of 5 year housing land supply and a financial contributions to public open space in the local area. The development would provide economic benefits through the provision of employment during the construction phase and result in a reduction in vehicle movements and levels of commercial activity, which would be a benefit local residents.

It is also noted that the proposed development would be more visible from surrounding vantage points than the existing, however it is considered that this would cause only very limited harm to the character of the area, and there would be a loss of employment in the local area due to the relocation of the existing businesses.

The planning application can be viewed on the Cheshire East Council website by searching for planning reference 16/1560M.

Paul Treacle
Affordable? I think not.

John Fallows
One of many past, present & future windfall / brownfield developments - none of which will be accounted for in Cheshire East's housing plans??

Howard Piltz
I am concerned that this development will destroy the tranquility of those living on that part of Moor Lane that is very narrow and with no pavement fir pedestrians.

Ryan Dance
Sensible redevelopment. The price of the housing is irrelevant! They will indeed sell!

Simon Worthington
Do you sell bricks or similar, Ryan?? Always in favour. This was the garden of a large home that was gradually expanded over many years into a market garden(?) etc. Now it is called brownfield and can be paved and built on. Won't be much left to approve soon.

Pete Taylor
@ Simon, Ryan works in the hotel development industry. He supports all commercial development yet has had a couple of personal development battles with CEC. Google is your friend.

Barry Buxton
When will the nimbies stop whingeing?!! Change happens, get used to it.

Terry Roeves
Bungalows being built in Wilmslow. That must be a first for many a decade.
This is a good development for the town - very sad that it has taken so many years to get to this stage. And not one brick has been laid.
It may of course be rejected by the NPC.

I do not sell bricks...i do work in the hotel business. The point being?

1950 policy does not work in 2016! The planning rules are tiresome, outdated, bureaucratic, restrictive, deeply damaging to economic growth and quite frankly absurd!

The idealistic rhetoric peddled on here is laughable (aka - we are not against any development....just this development...why dont they develop on brownfield sites or buy build affordable housing).

1) developers build to make a profit - and...so what! do you earn a salary? do you climb the career ladder....ummm yes! why? so you can make more money?
2) developers build where they can sell housing and deliver a profit to satisfy shareholders (your pension fund is probably heavily invested in the construction industry)...so what if they make a profit. Enjoy your retirement and lets hope our kids are able climb the housing ladder
3) people don't want to live crammed into small, pokey housing on contaminated industrial land. Perhaps those that keep peddling the anti development nonsense.... should sell their 5 bedroom + gated housing and move into the properties they so much want! sell their large housing to the more needy in society and live happily ever after

The world is changing at phenomenal pace and even our cosy, affluent green little villages and protected towns need to change.

Get over it! seems like a sensible redevelopment to me! Perhaps you would prefer a wild meadow?

Jon Armstrong
"I am concerned that this development will destroy the tranquility of those living on that part of Moor Lane that is very narrow and with no pavement fir pedestrians."

I would have thought 14 houses would generate considerably less traffic than a garden centre, with delivery lorries coming and going and so forth.

Clearly it has been quieter since the garden centre shut, but it couldn't stay empty and unused forever.

DELETED ACCOUNT
This is good use of a brownfield site. The bungalows are a good idea because it breaks up the design and, no doubt, some will be social housing. Not all development is good. It requires quality design, not the "off the peg" designs which many developers use and simply move a window, and being sensitive to the residential amenity of others.

Malcolm Elliott
Let us get ahead of the game and build houses anywhere and everywhere.
We are going to need them !

John Harries
Move to a 'nice' area. We all have different views on what that means and the reasons for doing so but it beggers me why people wish to change things once they do decide - surely it defeats the initial reason for setting down roots (unless that is they have an ulterior motive for doing so).
Why is it unreasonable to object to something that changes one's specific reason for choosing one place or another in which to reside? Brownfield sites generally refer to what have been industrial areas, permanent buildings and services and amongst other things, contaminated ground and water tables.
A 'cottage garden centre' (which is definitely not comparable to one of the vast new style DIY/sell everything multi-nationals either) originally established in the extensive gardens of a large country house is neither brownfield nor is it a substantive 'spoiled' rural site by any other description unless trellis work and a few wooden shell type awnings can be considered as permanent structures.
Something modest seems to be the right way to go - or yes, turn it into something green and open.

Vic Barlow
Seems like the need for 'affordable homes' which triggered this 'build it and they will come' policy has now been ditched.
Those families whose plight was exploited to gain acceptance of the policy can all now go to hell.

Pete Taylor
@ Barry Buxton: how is your objection to the proposed development next door to your house going? When will the nimbys stop whinging? Change happens, get used to it.

@ Ryan, yes I would prefer a flower meadow.

Pete Taylor
@ Barry: Royal London have yet to submit a planning application for the agricultural field to the west of Alderley Road (presumably that is what you refer to?).
I try to look at all the applications close to where I live, that is how I noticed your objection to what appears to be an overbearing development.

Birgitta Hoffmann
Hmm, having spent some time looking at the plans, we are getting 4 bungalows, which are very welcome and then 10 five bedroom houses with next to no garden, right in the back of Moor Lane House (which has just been on the market for 890,000 GBP.).
I used to use Ned Yates quite a lot, when it was a garden centre and I am pretty sure that is a bit to crowded for what it offers. While the amount of car traffic at Ned Yates would easily equal this development, this is not in keeping with the rest of the neighbourhood. Half as many units would be Ok, or frankly 14 bungalows and slightly more room to move, in an area where down the road you have average sized bungalows and semis built in the last 60/70 years.
This proposal is not an attempt at affordable housing. This is building lots of large, high end housing with a couple of fig leaves.
Please note: I am not against development per se and Wilmslow desperately needs smaller houses for the young people, who want to stay in the area and the older residents who want to downsize, so that we continue to be a viable town, instead of commuter heaven. This development, however, is not reflecting that demand.
And before you comment, the price differential for accessible bungalows is actually getting smaller and smaller, so please, don't use the argument that we need the large houses to make the bungalows pay for themselves.

Guy Beardsley
I live in a relatively new development in Wilmslow of about 30 houses varying in size from 2 bedroom to 5 bedrooms. Last year many of my neighbours got wind of a similar development being planned in a nearby plot. There was considerable objection etc. I pointed out that had our plot been objected to we would not have had the opportunity to live where we do. We need to stop this selfish, narrow minded mindset and accept that hard working people want to live in this area and should have the opportunity to do so.

Jon Williams
No dought Guy, if your delopment had NOT been built we would have had a nice green space insted !

Guy Beardsley
Jon. I think you are missing the point. Your comment could apply to any home including your own

A large swathe of the wilmslow anti development mob have the inability to think logically before they comment.

Jon's comment reinforces my view that most are NIMBYs (sure to entice a venomous response).