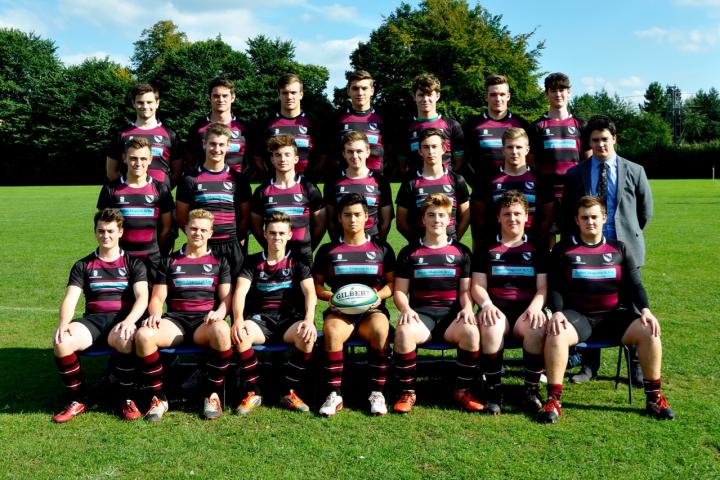 Wilmslow High School's 1st XV continued their impressive run in their cup competitions this week. Following their 24-17 win over Altrincham Grammar School in the previous round, Wilmslow were drawn away against St Ambrose in the semi final.

Earlier in the season, Wilmslow had run out convincing 49-15 winners, but this would prove to be a much stiffer test. Despite being played in difficult conditions, with a substantial cross wind, both teams coped well and played some enterprising rugby.

A hat trick of tries from centre, Luke James and one from captain George Koido Bunt were enough to secure a 22 – 15 win for Wilmslow, but missed conversions meant that the result was in doubt right to the final whistle.

Wilmslow will now meet the winners of the match between Kings Macclesfield and Stockport in the final of the Cheshire Cup which, this year, will be played at the AJ Bell stadium on Saturday 19th December before Sale Sharks' fixture against Castres.

The team are also still in the Nat West National Schools Cup Competition, having beaten Cheadle Hulme School 57 – 7 and Manchester Grammar School 33 – 10. They will meet the winners of Sandbach and Sir John Deanes College, Northwich in round 4 during the week beginning the 30th November.