Barlow's Beef: CEC Just like Morecambe and Wise but not as funny 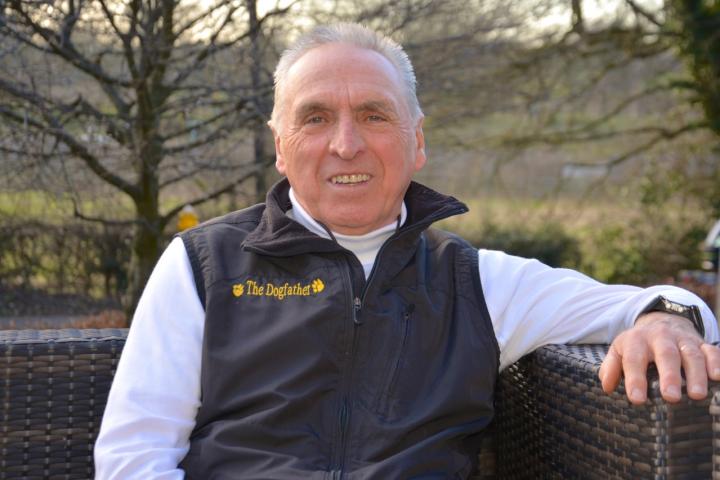 Do you remember that hilarious TV sketch when Eric Morecambe insisted he was playing 'All the right notes but not necessarily in the right order'?

I was reminded of it this week when I contrasted the chronic shortage of houses in the South East with government plans to build thousands of new homes... in the North West.

Just like the Eric and Ern sketch there is something extremely flawed in the performance. Every justification for this building spree is swiftly undermined by reality.

It's very clear the South East is a sellers' market with great competition between buyers for mid-priced housing but that is not a national trend as any observer of the local housing market will confirm.

Government claims that more housing is needed for first-time buyers is a cruel joke. Go to any new development and see for yourself the range of property on offer. So-called affordable homes are built only under duress.

Then we have the avowed Brownfield First policy trumpeted by Cheshire East failing to mention that as Brownfield sites are more expensive to develop builders will always choose green fields as long as they are available. Hence communities will lose their green fields while ugly old industrial sites remain intact.

In effect Brownfield First means absolutely nothing as long as builders are given the option of developing open land.

This week the editor of the Congleton Chronicle claimed his reporters had seen developers counting traffic on Mondays when schools were closed 'compiling misleading figures to submit as evidence' (of low traffic flow). He also asserted developers can 'persuade' people who don't live in an area to write in support of a plan and 'councillors must take these letters into account.

Frankly the wholesale policy of building thousands of new homes across the region is nothing more than a speculative gamble supported by nebulous claims and dubious statistics. Most of those first-time buyers will remain as far from fulfilling their ambition as ever.

Land banks and 'executive' housing will see to that. Even on developments where low-cost homes are an integral part of the approved plan builders can 'buy' their way out of the commitment.

Anyone wishing to see the outcome of ambitious speculative development should take a trip to Portugal or Ireland to see the half-finished projects hastily abandoned when the last EU bubble burst.

And what of 'local democracy'? Does it really exist or is it an illusion dangled before a mesmerised public? In this instance it is the latter. Communities submitting neighbourhood plans did so in the belief they would have CEC support. In effect they may as well dropped them down a grid.

Planning Inspectors simply came along and overruled them.

No one really knows who will buy all these extra homes in Cheshire. The only certainties are a small minority of individuals will make a lot of money, certain organisations will do beneficial deals while communities and first-time buyers get shafted.

By that time most of those responsible will have moved on leaving residents wondering how it ever happened.

'All the right moves - but not necessarily in the right order.'

1) The governments New Homes Bonus gives money to councils that permit more new housing development. Councils don't have to use this bonus on housing though. So both the council and the developers stand to gain from this move. This means local taxpayers are paying extra for a system that reduces their power to object. Can you think of anything more warped?

2) With unrestricted immigration for all EU members, cheaper, better housing will just encourage more people to relocate here. Which by the laws of supply and demand will then push up house prices. So more house building is very unlikely to ease the problem until the UK populations is stabalised.

Overall, it's a fine mess.

Pete Taylor
Here is an interview from July by the BBC with the Business Secretary, in which he says... "There was "no need" to build on green belt land, he insisted, to meet the government's targets".

Mr Javid told the BBC the 141,000 new homes built last year were a fraction of those needed to meet demand.
"Local people will still have control over planning," he said.
"The point of this is to make sure we build more homes, that local people are still rightly involved in those decisions and we find ways to speed it up."
There was "no need" to build on green belt land, he insisted, to meet the government's targets.

Why is Michael ("these Adlington Road green belt fields will never be built on") Jones telling the residents "who still have control over planning", according to the Minister) that CEC must release green belt land to developers?

John Clegg
Properly-affordable low-cost housing should have been carefully mandated and legislated so that developers couldn't wriggle out of their obligations.
But with developers pouring money into the coffers of Who-ever-is-in-power Party, short-term-ism - funding of their political party, quick-profits-now-and-stuff-the-future/locals - rules o.k.