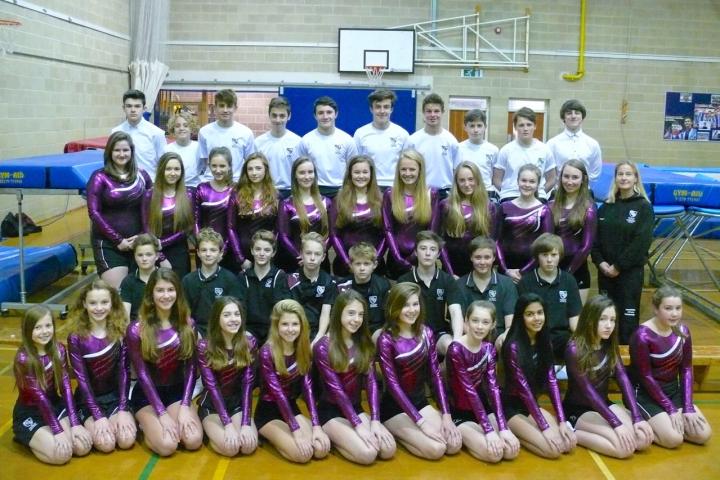 The North West schools trampoline competition took place on Saturday, 29th November, at Robin Park sports centre in Wigan. It was the 50th Anniversary of the competition with over 400 children taking part. Wilmslow High School entered 41 children and bounced themselves to new heights. Eight teams qualified and twelve individuals qualified for the North round of the competition to be held Ireland in January.

Twelve Wilmslow High School students won individual trophies for finishing in the top 3 in their respective categories. There was a clean sweep of trophies for the u14 novice girls with Bella Southerton 1st, Molly Andrews 2nd, Jacinta Kynaston 3rd and Esme Plant 4th.

In the team event Wilmslow took nine teams with eight of those qualifying for the next round.

Hilary Pemberton the trampoline coach was thrilled with another fantastic performance from the Wilmslow High School students. She said "To take eight team titles and twelve individual trophies is an amazing achievement."

She also recognised the essential contributions of the judges, helpers and parental support without which the students and teams would not have enjoyed so much success on the day.