Countdown to the 2013 Wilmslow Christmas lights switch on 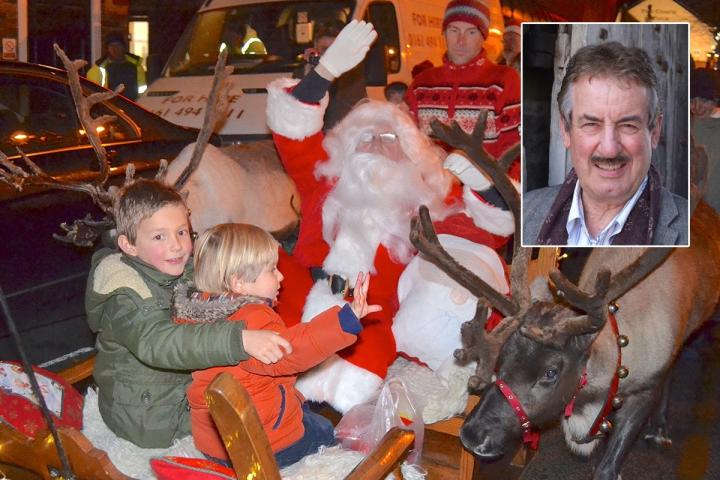 Santa will be making a special visit to Wilmslow on the evening of Thursday 28th November when he will travel through the town centre on his sleigh, which will be pulled by some of his favourite reindeers. They will be accompanied by Styal Brass Marching Band and members of the Wilmslow and Alderley Edge Musical Theatre Company.

Starting at around 6.15pm, Santa's sleigh will depart from outside Sainsbury's and travel along the service road before crossing over to Grove Street and making its way down to Bank Square.

Santa will then take to the stage and join members of the cast of Stockport Plaza's Pantomime 'Dick Whittington', including John Challis (Boycie from Only Fools and Horses) and Jayne Bickerton (from Coronation Street) to switch on Wilmslow's Christmas lights.

As Santa makes his way through the town there will be also be lots of entertainment on the stage at Bank Square. There will be an Open Mic on stage from 5pm featuring local bands and compere, Erik Garner, will also introduce performances from Cheshire A Capella, Wilmslow High School Choir, Gorsey Bank Primary School Choir and from members of the cast of Dick Whittington.

Santa will be on stage at around 7.30pm to oversee the switching on of the Christmas lights.