Promising start to the season for Wilmslow High's cricketers 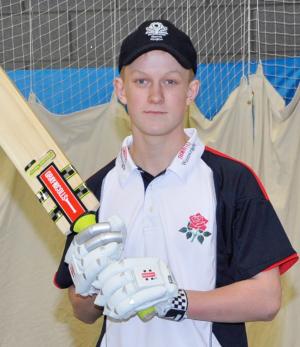 Wilmslow High School's senior cricket team have made a fantastic start to the season. Unbeaten last season, they have continued in the same vein this summer, with two comfortable nine wicket wins.

In their opening fixture of the Under 17 National Cup, Wilmslow played away against a strong Stockport Grammar side. Wilmslow restricted the home side to just 125 for the loss of 9 wickets in 40 overs, with Paddy Draper the pick of the bowlers, taking 5 wickets for 27 runs. In response, Wilmslow knocked off the runs in 27 overs for the loss of just one wicket, Elliott Rowe hitting 40 and James Drummond finishing on 67 not out.

Continuing where they left off in the Under 17 Cup, Wilmslow's senior team were equally impressive in their second game of the season against Wirral Grammar School. In the match played at Styal Cricket Club, Wirral Grammar hit 126 for the loss of 7 wickets in their 30 overs, with Callum Davies the pick of the bowlers with 3 wickets for just 15 runs. In response, Wilmslow hit the runs for the loss of just one wicket, Callum Davies contributing with the bat as well as the ball, with a useful 26 not out. James Drummond was once again outstanding for Wilmslow, hitting another unbeaten 70 runs.

A promising start for the Under 12 team saw them win their opening fixture against Stockport Grammar, but there was less success for the Under 13, 14 and 15 team against the same opposition.