George Osborne 'had no say whatsoever' over HS2 route 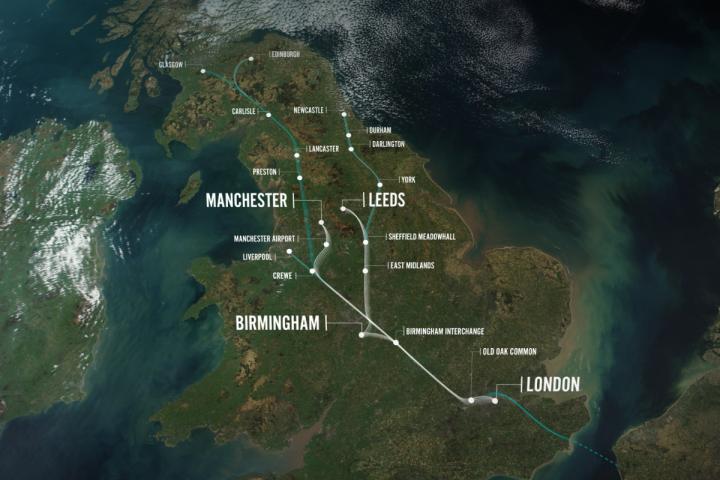 Cheshire East Council had to issue a hasty retraction this week following criticism that our MP George Osborne helped divert the HS2 line away from the wealthier parts of his constituency at a cost of £600m.

Following publication of the government's proposed route for the second phrase of the controversial £32 billion HS2 high-speed rail network, critics pointed to a bend in the line suggesting the Chancellor helped to ensure the route avoided the 'Golden Triangle' of Alderley Edge, Wilmslow and Prestbury.

An article in The Telegraph on Monday said that "the dog-leg, in which the line doubles back on itself at one point, would add at least six miles to the route between Birmingham and Manchester, with each mile adding £93 million to the cost."

Following confirmation of the route on Monday, 28th January, Council Leader Michael Jones issued a statement which we published on wilmslow.co.uk.

In the statement he said "Your MPs George Osborne, Edward Timpson and I, have fought hard to keep the line away from Knutsford and Tatton, which we have been successful in achieving. Throughout the process we raised concerns about the line of route and raised the profile for a common sense solution, which I believe we have achieved."

"In a press release issued yesterday (January 28) Cheshire East Council stated that George Osborne had fought hard to keep the HS2 rail link out of his constituency in Knutsford and Tatton.

"In fact, this is not the case and MP George Osborne had no say whatsoever over the proposed route of the HS2 link. We are happy to set the record straight."

Mark Russell
And if you believe that, you'll beleive anything!!

Jonathan Alexander
There is a real problem of trust here.

Either George Osborne MP is lying, and he had the line changed to protect his constituency, and in the process agreed to spend £600m more than was needed to fund HS2. He flatly denies this happened.

Or Michael Jones, Leader of the Council, was lying when he said that George Osborne MP and Edward Timpson MP had ensured that the line went along a path that they had agreed with the Secretary of State for Transport.

These are mutually exclusive. Who do we believe - the MPs or the Council Leader?

Chris Wigley
I am quite surprised by Michael Jones' statement given his penchant for building houses over the green belt I wonder why he is at all concerned where the HS2 line goes!

It will be interesting to see what measures are put in place to deal with the increased traffic generated by those who use the London train having to travel from Wilmslow to the new Manchester Airport station.

Pete Taylor
"Who do we believe - the MPs or the Council Leader? "


None of the above.

Elaine Napier
We could always put in an FOI request to find out the truth. Oh no, sorry, I forgot. They never answer those, do they? It's always too difficult, too inconvenient or, as a Local Authority, they are excused ... excused what, what wonders? Games on Wednesdays,, school macaroni, telling the truth? Any of those, one supposes.