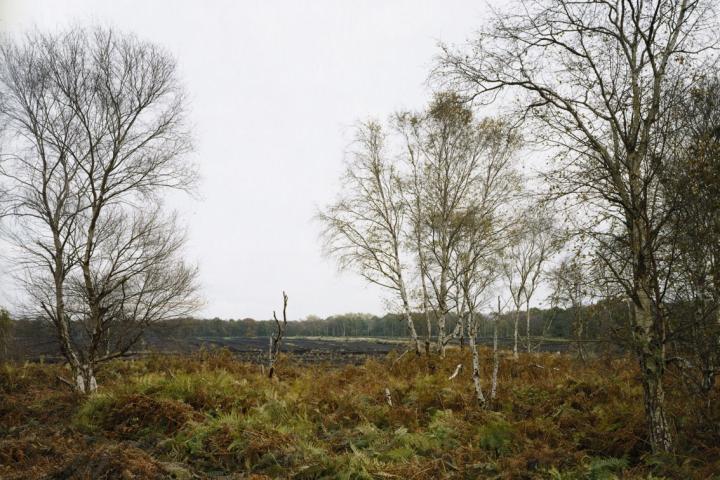 Lindow Moss, also known as Saltersley Common, is now the star of a new film chronicling its rich history and highlighting the acute threats to its survival.

Featuring location interviews with Matthew Hyde and Christine Pemberton, co-authors of "Lindow and the Bog Warriors", and Tony Evans of SCPS, the film covers the early history of the raised mire peat bog, Victorian bog dwellers and the discovery of "Lindow Man".

The second half of the film focuses on its current plight with adverse impacts on the water table and local flora and fauna due to intensive peat extraction.

The film also includes footage taken at Newgate Kennels and Rossmere which highlights concerns over falls in the local water table due to the peat extraction and lack of sluice gate installation at Sugar Brook.

Tony Evans said: "Richard Bullock has produced an excellent film - it gives viewers a flavour of the history of this mystical place and the real and present threats it now faces. We hope it will raise greater awareness of our campaign to protect the Moss before it is too late."

For more information on the Lindow Moss preservation campaign and the opportunity to win a copy of the "Lindow and the Bog Warriors" book visit www.lindowmoss.org.uk.

Ian Chattan
Very interesting! I used to live at 28 Burford Crescent which practically backs onto this area. It was a favourite place to take our Springer Spaniel swimming in the old gravel pit and putting up snipe and woodcock on the common.

Black lake was another favourite venue. It used to be possible to skate on the lake years ago.

There used to be quite a number of foxes in this area, some of which took chickens from the smallholding which our garden backed onto.

There is a small SSSI tucked away somewhere near to the railway to the peat factory but the fall in the water table has changed its character.

Many migrating birds use this area so it should really be preserved as a nature park.