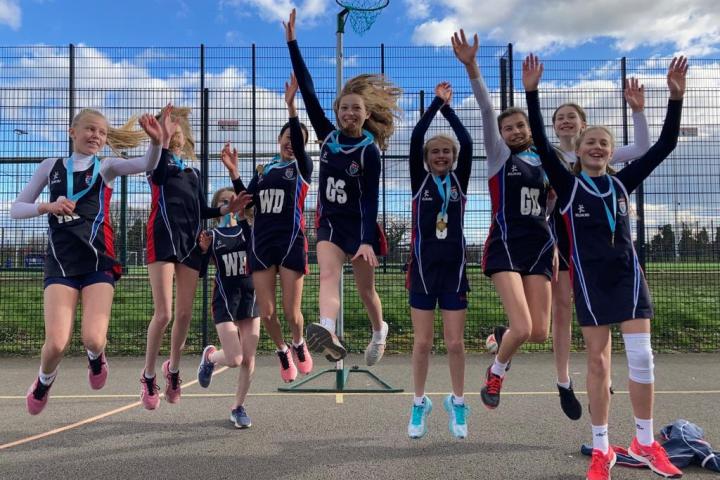 King's hot shots were jumping for joy after winning the Cheshire County under-12 Netball Championship.
The nine-girl squad features a string of top county and club stars and was far too strong for most opposition.

In the preliminary round robin, King's beat Congleton High 18 - 1, Neston 21 - 0 and Christleton 17 - 0 in a succession of one-sided victories but their mettle was tested against Upton School from Chester in a 6 - 6 draw.

The semi-final saw King's face The Grange from Northwich and they played patiently, concisely and with conviction ultimately coasting home to a 10 - 3 win.

That set up a crunch final against their former adversaries Upton School, but having assessed the opposition's strengths and weaknesses they were not about to be held again, churning out a clinical 10 - 2 as they pounced on Upton's errors.

King's Netball Coach Melanie Stephens said: "Their key strengths were team work, spirit and versatility with players changing roles from defence to midfield to attack, to gain experience and master each role."